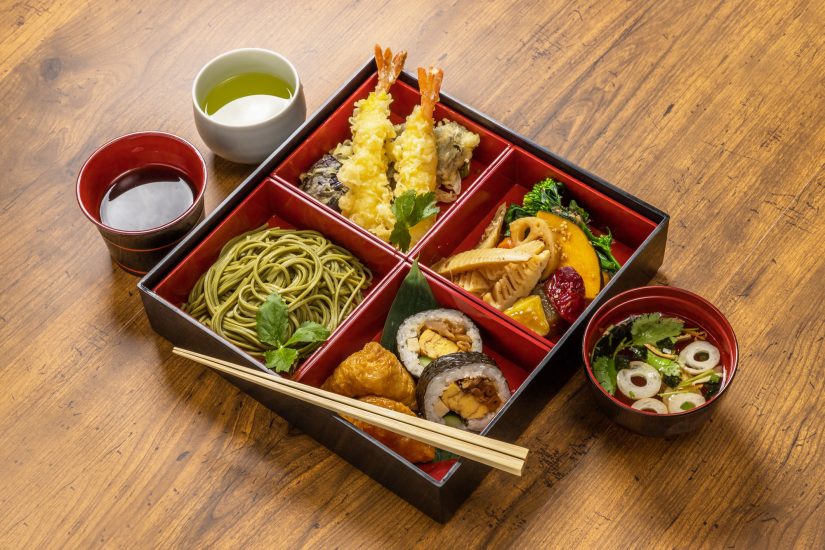 The Origins of Japanese Icons: Part 1

Like most countries, Japan has quite a few things (including, in this case, its fairly unusual language) that a lot of people immediately associate with it, both in Japan and abroad.

Like most countries, Japan has quite a few things (including, in this case, its fairly unusual language) that a lot of people immediately associate with it, both in Japan and abroad. As someone who spends far too much time reading about history, I can tell you that in most cases, many of these things have very strange, and not completely home-grown origins. Over the next two articles, I’ll be walking you through some of Japan’s signature dishes, as well as the Japanese language itself, and just where they came from. You can never have too much trivia.

Let’s start with soba (also mentioned in my articles about food in Japan). To recap, they’re noodles from buckwheat flour, served hot in soup, or cold and piled on a bamboo dish. It’s often considered one of the more classically Japanese, old-fashioned foods. The grains certainly go back a while, arriving in Japan from China somewhere around the end of the Jōmon period; that comes out to 2,000~2,500 years ago, probably not far from when rice came to Japan by the same route.

From there, it spent somewhere around 3,000 years not being noodles. In fact, for the longest time, it was eaten as gruel, usually as one of the many non-rice grains that farmers would eat while raising rice as a cash crop. Eventually, it branched out into being used as flour for sweets. Funnily enough, you won’t find any buckwheat-based sweets today, or at least, not without looking quite hard.

As the story goes, a baker had some leftover buckwheat dough one day and, at a loss for how to use it, decided to chop it up and boil it as noodles, as was done with wheat and rice at the time (mostly wheat). There’s really no way to be sure if that’s what happened, but what we do know is that it first started up in the Edo period (1603-1868), most likely in the 18th century in particular, when noodles, in general, became quite popular in the capital (even being presented as gifts to aristocrats in cut and dried form). It helped that everyone in the larger cities lived almost entirely on white rice, and adding buckwheat stopped them from getting exactly as sick as you would expect from that diet. At least, it did once soba-and-tea cafés went into business all around major cities in Japan, making the dish more fashionable.

So, soba as we know it is probably not a timeless classic, but about 300 years old. White rice, another Japanese staple, is in a similar position, though it’s closer to 400. The grain came from China originally, and once water mills could polish the grain with the start of the Edo period, white rice became an upper class staple (making them quite sick, to the point that this was called ‘Edo-Wazurai’ or ‘Edo disease’, after the city). The spread was gradual from there, only reaching most places about 130 years ago; the neighbourhood I live in, out in the country, only made the switch some time in the 60s.

Very few things, it turns out, have ‘always been this way’.

Another fairly famous example is tempura, which just about anyone would associate with Japan; a dish consisting of vegetables (even leaves, which is as difficult as it sounds) and seafood deep-fried in batter. This one, in particular, made me suspicious eventually; after all, how likely is it that a dish like that would be so old? People didn’t always have that much oil to spare, especially in a country without any dairy or many large animals until relatively recently. Where did it come from, and when? It turns out that the answer is extremely convoluted.

As far as anybody can tell, the first instances of it came about from Portuguese Catholic missionaries in the 16th century. While in Japan, they were seen refraining from eating meat during various days referred to in English as The Ember Days (or Quattuor Anni Tempora). The other theory for the name’s origin in Japanese is that it comes from the Portuguese tempêro, meaning “seasoning” or “to season”. Either way, the missionaries were seen eating small batter-fried vegetables and (possibly) fish as a replacement for meat on these days. The dish was called Peixinhos da Horta, or roughly translated, ‘little garden fish’ since they used long green beans that looked a bit like small fish. In a bit of a stroke of luck, the many beans that grow in Japan would have fit this recipe just fine.

Except that the recipe was a relative newcomer to Portugal, too, seen in a vacuum. If you zoom out a bit, though, you can find a place with a longer tradition of deep-frying vegetables in a thin batter skin: Portuguese colonies in India, formed at roughly the start of the 16th century, had a long tradition of making vegetable Pakora, an almost perfect fit for the dish. In other words, the Japanese tempura is patterned after a Portuguese dish – eaten by missionaries in Japan – that was in turn copied from India.

Don’t go yet, though; the story gets even stranger. Tempura spread through Japan quite quickly, and stalls making it became very popular in major cities. This, as it turned out, was a problem. Japanese cities at the time were tightly packed, and everything was made of wood and paper. Tempura stalls worked without any sort of guidelines at all, in dense streets, with boiling oil and open flames. They were likewise made of cloth, paper, and wood.

The results shouldn’t really surprise anyone: Tempura led directly to large parts of cities burning down, several times in the case of Tokyo and Kyoto before it was finally made illegal. The idea of tempura being contraband is extremely strange today, but at the time, I can understand why it happened. This was only later reversed because it became Tokugawa’s favourite food, which immediately lifted all restrictions on it.

So in conclusion, national signatures come from the strangest places, and ancient traditions usually… aren’t. Join me next time, where I tackle the Japanese language’s origins. 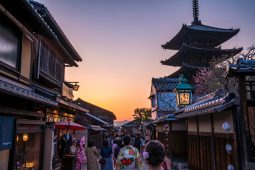