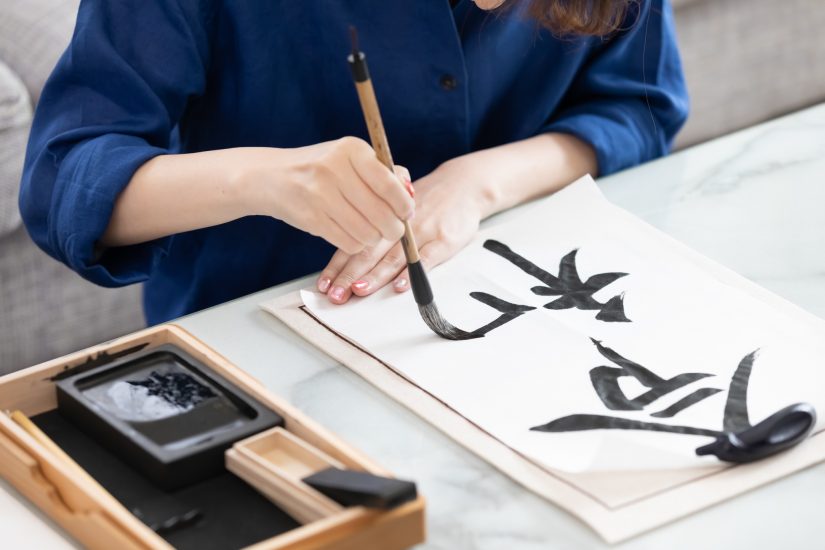 Welcome back to The Origins of Japanese Icons. Last time, we looked at several classic Japanese foods, and where they first came from. Today, we'll be taking a look at the language itself.

Information on what came before kanji (which is what’s often considered the first written language in Japan) is frustratingly scarce, to the point that it’s not even completely clear if there was anything in terms of a written language. That said, the Ainu (descended from the Jōmon people) have their own language to this day from before kanji (used here to distinguish it from Hanzi or Han characters, the original version, and instead describe the Japanese take on it). This uses a modified version of Katakana as its alphabet today.

Moving on, kanji was by most accounts Japan’s first written language, imported from Chinese characters. Its first instances were on seals and the like that came to Japan in the first century, but it probably didn’t make much sense to anyone back then. Its real adoption began in the 5th century, and very deliberately at that: Diplomats were sent to China to learn all they could and import its culture, a habit which continued over the next few centuries, bringing in many things that would later become cornerstones of Japanese culture. The first ‘harvest’ from this, though, was mostly Confucianism and Chinese script, which was then adopted into kanji.

Its use was a little varied: Sometimes kanji were used where their meaning fit Japanese concepts and then given the spoken word for that concept instead of the original. Sometimes they were used more or less unchanged. In some cases, the character was even used only for its phonetic pronunciation, with no meaning at all: Strange at first, maybe, but definitely needed or at least convenient when it’s the only script you have.

Kanji is not the exact same as Hanzi, though; it’s been adapted a great deal since the move to Japan, and while there are similarities, they’re different scripts. Knowing the meaning of various kanji can help with reading and guessing the meaning of, for example, signs in Chinese, but I would never count on them for help with pronunciation.

An important intermediary stage from here is Man’yōgana, the term for kanji used only for their phonetic sound. These then developed a cursive version, which existed as early as the Kofun period (usually considered to be mid to late third century until 538). This didn’t really go anywhere for a while, but it set the stage for what was then built up further down the line.

Around the 8th century, Japan seems to have collectively decided that having to use elaborate multi-brushstroke characters (sometimes as many as 20!) for everything was getting to be a bit of a hassle, and started doing something about it. This came about in two movements, although the exact order is a bit hard to determine.

One is katakana, derived mostly from taking pieces – radicals – of existing kanji, and at most, lightly modifying them, using them as letters. Once you know even some simple kanji, a lot of katakana letters will be immediately recognisable from at least one kanji they appear in. This script was developed by monks, and slowly spread to courtly circles – no surprise with how much monks and nobility intersected through most of Japanese history.

Alongside this, there was hiragana. This was developed in aristocratic circles, and almost entirely by women, who used it in correspondence and in literature. This draws on both katakana and kanji, but instead of the blocky style of the above two, it trends towards smooth lines and simplified, more cursive-friendly shapes; if you ever wonder why any letter in Japanese is a particular shape, remember that it was all originally designed around being written with a brush.

Initially, the two quickly garnered the nicknames of ‘men’s writing’ for katakana and ‘women’s writing’ for hiragana (or more literally translated, ‘man’s hand’ and ‘woman’s hand’). Upper class men looked down on hiragana, while women were, for the most part, quite happy to have a language that most men in the courts couldn’t even read.

A side-effect of this is that the two scripts were much easier to learn and write, which led to them spreading quickly through the country and becoming one of the many factors in Japan’s unusually high literacy rate throughout history. It turns out that learning a script is much easier when you have 46 characters to learn (and they all fit together phonetically) rather than, say, over a thousand. This might be why, by the 10th century or so, everyone was using hiragana.

Along the way, several hiragana letters cropped up that went out of use roughly 200 years ago. One example is ゐ, which strongly resembles み(Mi), but is actually read “wi”, or ゑ, which looks like る(Ru) with a line under it, but is actually read “We” (close to a sort of ‘weh’ sound). These are obsolete in standard Japanese, but still find some use in deliberately archaic writing in the modern day, as well as in Ainu and Okinawan scripts, so they’re not completely gone!

The long story of Japan’s reshaping of Chinese characters into its own language doesn’t quite end there, though. Nor does katakana quietly disappear. In the post-WW2 era, with foreign culture flooding into Japan once more, it found new life. Today, a mix of kanji and hiragana is used for most of the language; kanji only when relevant and for brevity, hiragana for phonetic purposes. Katakana, on the other hand, continues to see use as the script for foreign words: That is, foreign names, transliterations and loanwords are all written in katakana.

Japanese might have come more or less entirely from China originally, but it’s since evolved into what is very much its own language, and a very rare case of one language making full use of three scripts for different purposes, with its own long story.

Jun 2, 2019—study
Learning Japanese: Easier and Harder Than You Think – Part 2
Job For IT Engineer