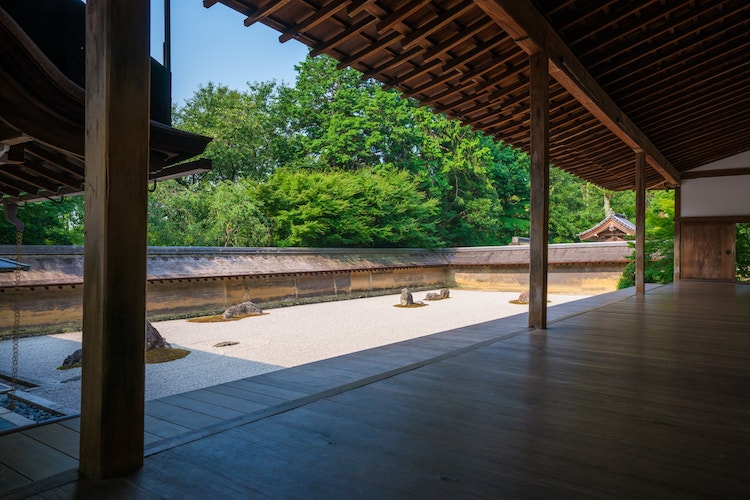 The Origins of Zen – A Flower and a Smile

When you think of the word Zen, what images spring to mind? Perhaps you might imagine a dry garden of raked sand and rocks, a graceful black circle penned in ink on white paper, a black-robed monk seated in the lotus position with eyes half-shut, or the ripples created when a drop of water falls from a bamboo pipe into a stone basin… Such images may seem deeply Japanese, and Zen has had a profound influence on Japanese culture, its meditative focus transforming traditional arts like the tea ceremony, flower arrangement, calligraphy, and the martial arts into well-honed philosophical practices. Zen in its origins, however, is not Japanese. It first arrived in Japan in the 12th century, and its roots lie on the East Asian continent.

Zen is a school of Buddhism that has been distilled through three cultures: Indian, Chinese, and Japanese, and which takes the practice of meditation as its primary focus. The word Zen is the Japanese way of pronouncing the character 禅 which is pronounced Chán in Japanese. This term is itself a translation of the Sanskrit word dhyāna which refers to a kind of profound meditation. According to tradition a monk called Bodhidharma first brought Zen from India to China sometime in the 5th or 6th century. Not a lot is known for sure about this legendary figure who is called Daruma in Japan, but there are a lot of stories about him. Some say he was Indian and some say he was Persian. He is said to have lived for 150 years and at one point in his life to have sat and meditated for so long in a mountain cave that as the years went by his arms and legs withered and fell off (which is why Japanese Daruma dolls have no arms and legs). He is also supposed to have taught the monks of Shaolin monastery a regime of exercises to keep them physically fit that were the origin of Shaolin kung fu (but presumably he did that before the loss of his limbs). In China, the Buddhist practices taught by Bodhidharma blended with native Taoist philosophy to produce Chán Buddhism which spread to Vietnam in the 6th century, Korea in the 7th century, and Japan in the 12th where it acquired the name of Zen.

What makes Zen different from other Buddhist schools is its emphasis on the direct experience of spiritual truths through meditative practice. While other schools focus on rituals and the study of Buddha’s teachings in the scriptures, Zen focuses on the prolonged meditation that originally brought the historical Buddha true peace of mind and enlightenment. Some truths cannot be expressed in words. There is a rather pretty story about the Buddha that illustrates this. One day a crowd of Buddha’s disciples had gathered to hear him preach, but instead of speaking, the Buddha simply held up a white flower and gazed at it. Only one disciple, Kasyapa, understood the meaning of the Buddha’s “flower sermon”, and he signaled his understanding with a smile. In this way the Buddha’s teaching about reality was transmitted to Kasyapa, not through words, but by direct experience.

The only way to understand Zen properly is to do it. Zazen, literally “seated zen”, is one common meditative practice. Traditionally, one sits with legs crossed in the Indian style, regulating your breathing and focusing on your outward and inward breaths. All you need to do this is a space to sit. Some people may find the traditional lotus position a bit difficult, and that is ok. The way you sit is not as important as that you are comfortable, alert, and your back is straight (because poor posture will make you uncomfortable). In your own home there is really no reason why you can’t sit in a chair and practice this kind of meditation if that is more comfortable for you. Many people find it easier though to meditate in a group rather than on their own. There are Zen temples throughout Japan that regularly open their doors to the public for zazen practice sessions. Finding a temple where the monks speak English may be a little harder. If you ever have the chance to visit Kyoto then a trip to the Shunko-in Temple is highly recommended as they have an excellent English language introduction to Zen practice there with advice on how to meditate and information on its practical life benefits. 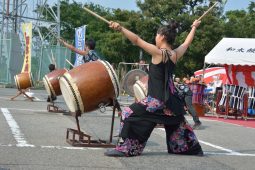 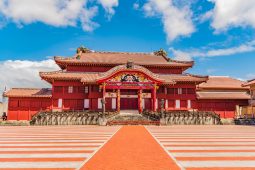