In Japan high-tech kitchen appliances are there to help
4月 14, 2020—hightech

Japanese home-cooking, from an international perspective, has an image of highly refined cuisine. In fact, cooking that much on a daily basis requires a great deal of time, so commercially available seasoning that can give a full flavor, packets of ready-cut vegetables, and frozen food are commonly used.

Japanese home-cooking, from an international perspective, has an image of highly refined cuisine. In fact, cooking that much on a daily basis requires a great deal of time, so commercially available seasoning that can give a full flavor, packets of ready-cut vegetables, and frozen food are commonly used. Furthermore, high-performance cooking appliances that save time when cooking are also extremely useful.

In Japan, though bread and pasta are popular, rice is the typical staple food.It is said that rice cultivation and harvesting began in Japan thousands of years ago, and rice is considered one of the main pillars of Japanese culture.

Technology for the processing of Japanese rice is highly developed. In particular, much enthusiasm has gone into improving the rice-cooking process, whereby rice is boiled in water and made ready to eat. This attitude to rice has remained unchanged up to the present time, though we no longer use firewood for cooking and use gas or electricity instead.

Right now, many companies are competing to develop high-tech rice cookers suitable for the ICT era. The products of global manufacturing companies like Panasonic, Mitsubishi Electric, Hitachi, Toshiba, and SHARP, as well as manufacturers such as Tiger, and Zojirushi, are all very popular.

Recently, as rice cookers continue to be upgraded, the top-ranking models are equipped with a surprising amount of functions. Not only can you set the consistency of the rice to “firm”, “normal”, or “soft”, but being able to set the chewability is also quite normal. In addition, you can choose the cooking method appropriate for the different brands of rice that are produced across the country. A smartphone application is provided, which can be used to set rice cooking menus and cooking times, and it can even be operated with voice commands.

Many rice cookers are equipped with functions other than cooking rice.It is not unusual for a cooker to have a bread-baking function, and there is even a rice cooker that s automatically prepares cooked rice and stewed dishes.

The rice cooker sections in electronic retail stores are jam-packed with such a great variety of products that even Japanese people who are familiar with rice cookers have a hard time choosing one. Tourists from overseas are often seen buying rice cookers as souvenirs.

A Robot that Makes a Standard Lunch Box Item

Of course, cooked rice is often eaten just as it is, but the onigiri style, in which rice is rolled into a ball and held directly in the hand is also popular. The rice is not simply rolled into a ball, but can be enjoyed in various ways: wrapped in edible seaweed, sprinkled with salt, and with ingredients stuffed in the center, it is a regular item in a lunch box menu.

Though it does not take too much time to make onigiri for the family to eat at home, making them in large quantities for sale at mobile shops and other such businesses requires much effort. Panasonic have engineered a solution to this problem with their onigiri robot: OniRobot.

They have developed a mechanism that applies pressure from five directions while regulating the strength, in order to create a firmly shaped onigiri with a soft texture without crushing the rice. In this way, artisanal onigiri can be made automatically. Panasonic’s plan is to provide the OniRobot to restaurants and mobile shops and market it as an effective business solution linked to an ordering and payment system.

With the Healsio Hot Cook, all you need to do is add ingredients such as vegetables and meat that have been cut into appropriate sizes, add some seasoning, select your menu, press start, and the cooking is done. For example, one possible way to use it is to add the ingredients and set the timer before you go out, and then your meal will be ready by the time you get home.

Even recipes that require mixing while stewing are not a problem. Automatic mixing can also be set at an appropriate timing. Moreover, because it employs waterless cooking that uses just the moisture contained in the ingredients, the flavor of the ingredients is concentrated, becoming more delicious, and it seems the nutrients are not so easily lost. Apparently, it can also be used for low-temperature cooking which is much talked about these days.

Not only that, but models fitted with a wireless LAN (Wi-Fi) communication function can access the SHARP Cloud Service via the internet, and download new recipes. Naturally, a smartphone application to operate it has also been provided.

SHARP also produce many other unique cooking appliances, such as the Healsio which is an oven that can reduce the fat and salt content of ingredients by cooking with superheated steam, and the Healsio Ochapresso which makes green tea.

Food and culture are inseparable, so if you want to know something about Japanese culture, you may want to pay attention to cooking appliances. If you visit the cooking utensil section in an electronics retail store, you will never get tired of finding products that you have never seen before and that you can’t imagine how to use. 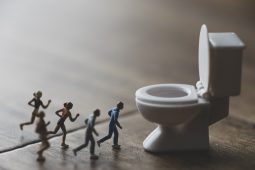 Dec 3, 2019—hightech
“I’d like to buy one and take it home”: The charm of Japanese toilets 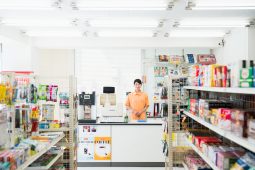 Mar 17, 2020—culture
The Story of Kotatsu: Keeping Warm and Cozy in a Japanese Winter
Job For IT Engineer