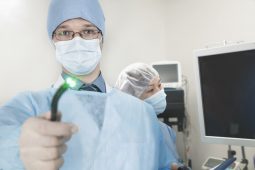 Think Olympus only makes cameras? Although compared with Canon and Nikon, Olympus has a smaller market share, it has up till now produced a great number of distinctive cameras which has won it many fans. For that reason, it is commonly thought of as a commercial camera manufacturer. However, its main business is not in […]

A new station as a proving ground for the latest technology The Yamanote Line encircles central Tokyo, connecting many commercial and business districts, and it could well be one of the world’s busiest railway lines. On March 14 th 2020 a new Yamanote Line station named, Takanawa Gateway Station, will open between Shinagawa Station and […]

AI Research Enters a 3rd Boom The practical technology of AI has become so widespread that not a day goes by without hearing terms like smart speaker, autonomous car, speech recognition, medical image diagnostics, and artificial intelligence.