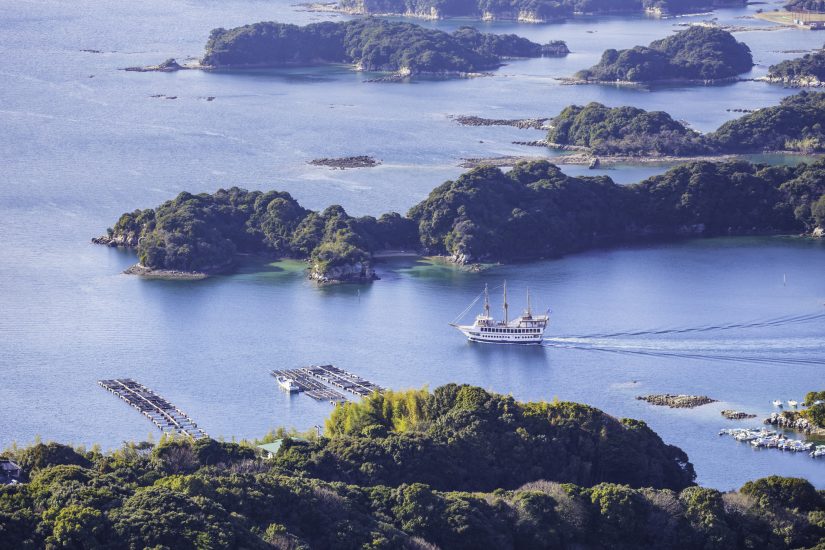 Odd places to visit in Japan: Naoshima, Okunoshima and Gunkanjima

Naoshima is just off the island of Shikoku in the Kagawa prefecture and make a great visit for big art fans. It hosts several renowned museums such as the Chichu Art Museum and the Benesse House Museum. The latter even offers the opportunity to spend the night in its fancy incorporated hotel. When hearing the name of Naoshima, the first picture that comes to mind is most naturally its emblem: the yellow black dotted pumpkin created by the notorious Yayoi Kusama that is overlooking the sea. If you have never heard of that artist, she is the Japanese sensation in the Pop Art world that everyone has been talking about for decades in the West. The Japanese Andy Warhol, if you please.

If you are looking for a little tenderness, you should head to Okunoshima. This place is only a 15 minute ferry ride from Hiroshima mainland if you’d like to combine it with visiting the city.Rabbit lovers will be delighted to be surrounded by a horde of those adorable little creatures. You can feed them, you can pet them and they will be more than happy to keep you company. The island even offers the option to hold any luggage you’d have if necessary and also rent a bike so that you can make as many friends as possible in all corners of the site.

However, behind the idyllic scenery lies a much darker past. Indeed, the island used to be a site where was carried out secret chemical weapons research and production up until the end of World War II and the rabbits were apparently brought over for test purposes. Being well aware that remembering the past is crucial in the history of a country, the government opened a small museum on the island which explains some of its background. On the brighter side, visiting Okuno Island will not only give you the opportunity to hang out with wild rabbits, but also discover a bit of history through its fascinating exhibition.

A little more remote, but definitely worth a trip is Hashima Island. Also called Gunkanjima (or Battleship Island), this place is most certainly an odd one. Up until the 1970’s, this little rock just off Nagasaki used to be a thriving city boosted by its industry, but it rapidly declined once its mines started shutting down. At its peak the population reached over 5,000 inhabitants including workers and entire families living there. It consisted in apartment buildings, a school, and even a hospital. When the mines dwindled, so did the population’s livelihood who then slowly vacated and left for greener pastures. Since it has been deserted, the island with its decayed buildings has had a ghostly feel to it which makes for an impressive visit and great shots if you are an avid or just an amateur photographer. For a long time just block of concrete walls, nature has now regained its rights on Hashima. It has been a real magnet for both Japanese and foreign visitors, and even the movie industry. In order to make your way to the so-called Battleship Island, you can join a short tour which will leave from Nagasaki Port as solo visits are prohibited most likely for safety reasons.

Ultimately, this is a non-exhaustive list of some very special places you can visit in Japan. As previously mentioned, there is a plethora of islands with their own very special stories so go look for yours as it is most certainly waiting for you. 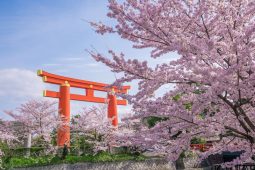 Mar 4, 2020—travel
The Ten Best Places to See Cherry Blossom in Kyoto
Job For IT Engineer