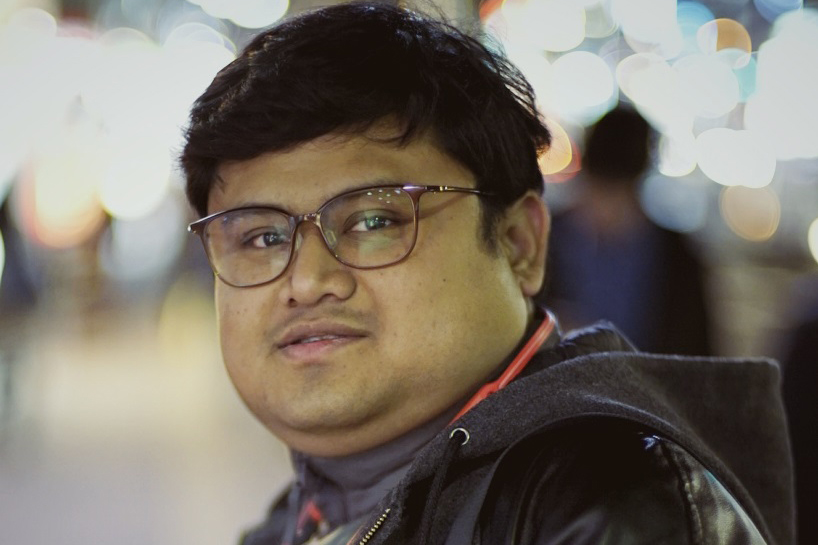 This series introduces IT engineers from abroad who are working in Japan. In this installment, we introduce Aung, an IT engineer from Myanmar.

Myanmar is experiencing frenzied development. IT is also advancing at a rapid pace, with Myanmar becoming a popular offshore location.

This series introduces IT engineers from abroad who are working in Japan. In this installment, we introduce Aung, an IT engineer from Myanmar.

Myanmar is experiencing frenzied development. IT is also advancing at a rapid pace, with Myanmar becoming a popular offshore location. However, infrastructure and industry are still developing, so an increasing number of young people seeking work as IT engineers are looking for opportunities abroad. Myanmar is a country with deep historical and economic ties with Japan, and the official language, Burmese, resembles Japanese in structure, so Japanese is also popular. According to one Burmese person we interviewed, “all young people in Myanmar want to go to Japan!”

Fulfilling a childhood dream, working as an IT engineer in Japan

My name is Aung. I’m 30 years old. Since I was little, I’ve always admired Japan not only when I saw it on TV or elsewhere but also my father worked in there. When I was in high school, I decided I wanted to work as a technical engineer in Japan. I majored in computer science at a Computer university in Yangon. While in university, I had the opportunity to work at an internship in a Japanese IT company in Myanmar, and after I graduated, I got a job as a full-time employee of that company. In Myanmar, I worked at two Japanese IT companies over the course of four years and gained experience as an IT engineer.

Around then, I was introduced to a job at a Japanese medical IT company, and I started my career as an IT engineer in Japan. At this company, along with developing the company’s IT products, I had the chance to gain experience as a system engineer that acted as a communicatory bridge with the Myanmar branch, and I was able to learn a lot.

I worked for three years at that Japanese medical IT company, but I began to feel like I wanted to challenge myself with something new and to improve my career by becoming an engineer capable of working in various fields. After gathering information and thinking about it, I found a job listing for a personnel service company that was hiring IT engineers from abroad, and changed jobs to my current company. Many of our clients are big, famous Japanese companies, and I thought it would be the perfect company for me because I wanted to learn Japan’s top-class engineering techniques, so I decided on the job change.

For my work, I took part in a project at a group company of one of Japan’s major telecommunications companies. I worked as a web app developer, participating in the development of a video communication system with platforms such as smart glasses. While learning various telecommunications-related skills, I got to cover everything from the to the portal site development by myself. I focused on making a portal site that was functionally easy to use and was able to get some experience with a wide variety of functions, such as management, customization support, and operation support. It was a very worthwhile experience. Now, I work not only as an IT engineer but also involved in work that provides technical support to IT engineers from all over the world. I’m making a very fulfilling career for myself as an engineer.

On my days off, I relaxed at home, testing latest technology that I’m interested in, and doing technical studying. Sometimes, I went shopping with my wife, who is also from Myanmar, or had a dinner at restaurants. When I have a few days off in a row, I like to take day trips to various places in Japan. Photography is my hobby, and even though I live in Tokyo, I’m happy that there are many photogenic spots in the city. For the end-of-the-year holiday, I went back to Myanmar and spent the end of the year with my family. I’m quite enjoying my life in Japan, both my job and my days off.

In the future, using the experiences I gain in Japan, I want to contribute to the development of my home country Myanmar

I want to continue learning lots of new technology in Japan and to gain experience as an engineer. I also support developers who have come to Japan from abroad, not only on technical aspects of work but also on Japanese and on the customs they should know when working in a Japanese company so everyone can participate in the projects they would like to work on.
My current goal is to become a senior engineer who can support other engineers from abroad in achieving their dreams in Japan. In the future, I want to use the experiences I gain in Japan and become an IT consultant. By supporting IT companies in Myanmar, I want to contribute to my home country’s development.

Jul 23, 2020—work
From Spain to Japan: Honing His IT Skills in the Land of His Dreams
Job For IT Engineer