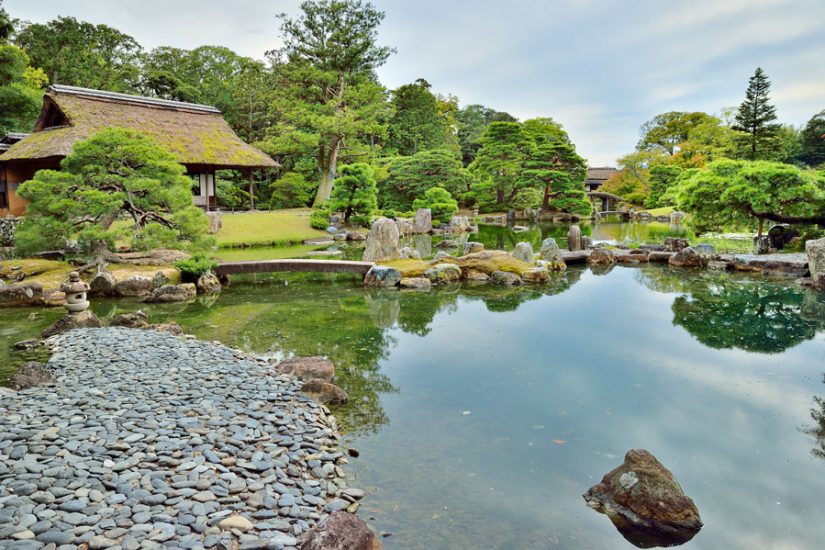 Five Japanese gardens that are worth visiting
12月 30, 2020—culture

The tranquil gardens of Japan are famous for offering their visitors a sheltered landscape in which to stroll, sit and reflect. In this article we will introduce some of the most beautiful and fascinating gardens from across the country.

The tranquil gardens of Japan are famous for offering their visitors a sheltered landscape in which to stroll, sit and reflect. In this article we will introduce some of the most beautiful and fascinating gardens from across the country.

Located in the western suburbs of Kyoto, Katsura Imperial Villa is famous not only for its fine traditional buildings, but also for its extensive gardens which are widely considered a triumph of Japanese landscape design. These stroll gardens were first laid out in the 17th century and feature wandering pathways through lush greenery, a large pond and streams crossed by bridges, thatched tea houses and pavilions, and decorative features such as stone lanterns and water basins. The shakkei or “borrowed landscape” technique is also employed, which incorporates the surrounding natural scenery into the garden view. To visit Katsura Imperial Villa one must book an official tour in advance with the Imperial Household Agency. The tours are free and can be booked online.

Widely regarded as Tokyo’s most beautiful landscape garden, Rikugi-en is a 17th-century stroll garden centered on a pond and is nationally designated as a special place of scenic beauty. Rikugi means “six forms” in Japanese and refers to the six forms of waka poetry. Originally Rikugi-en was designed to replicate on a small scale 88 celebrated views of Japanese and Chinese poetry but today just 32 of these views remain. The garden is particularly popular for its weeping cherry blossom in the spring and flaming maple leaves in the autumn. During the cherry blossom and maple periods the garden remains open until 21.00 for evening illuminations. The garden is located near Komagome Station in Tokyo’s Bunkyo ward, is open between 9.00 and 17.00 and costs 300 yen to enter. Rikugi-en is closed between December 29th and January 1st.

Originally Isui-en was two separate gardens. The front garden is a tea garden constructed in the 17th century which guests could view while enjoying the traditional tea ceremony. The back garden is an expansive stroll garden dating from the Meiji Period (19th century). This garden uses the “borrowed landscape” technique to good effect, incorporating part of nearby Todai-ji temple as well as the wooded hills of Nara Park into its overall scene. The two gardens were put together in 1939 to provide a home for the Neiraku Museum which exhibits a collection of fine ceramics, tea ceremony utensils, and antique Chinese bronzes. Open from 9.30 to 16.30 and until 17.00 in April and May, the garden is closed for maintenance from the end of December to mid-January, and at the end of September. Admission costs 1,200 yen.

First constructed in 1620, this historic garden was commissioned by the local Asano family who ruled the area at the time and designed by a local tea master. Badly damaged in the atomic bombing of Hiroshima in 1945, the garden was carefully reconstructed after the war. The name “Shukkei” means “miniaturized scenes” for this garden has a lot of varied scenery packed within its borders, including a pond, streams, hills, and woodland with plum and bamboo groves. A meandering path winds through this landscape taking in several tea houses where you can stop to enjoy the changing views. The garden is open from 9.00 to 18.00 between April and September and until 17.00 between October and March. The garden is closed between December 29th and 31 st. Admission costs 260 yen.

Koko-en is located beside Himeji Castle and is an essential stop when visiting the city of Himeji. This traditional garden was created in 1992, using the walls of former samurai residences to create nine separate walled gardens. Each garden employs a different style and design, presenting varied and inventive scenes, such as a bamboo garden, pine garden, pond garden, flower garden, and tea garden. Walking the walled lanes between the gardens and discovering each of these hidden gems is a delightful experience. There is also a traditional Japanese restaurant within the garden compound and a tea house where you can enjoy the traditional tea ceremony. The garden is open between 9.00 and 18.00 between late April and August and until 17.00 the rest of the year. It is closed between December 29th and 30th. Admission costs 310 yen.

Part 2 of this article will introduce five more beautiful gardens including the three most famous gardens of Japan. 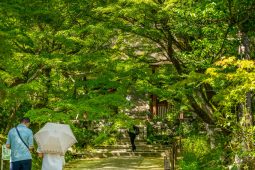 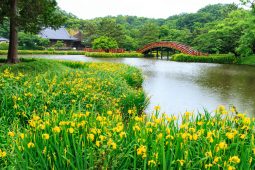 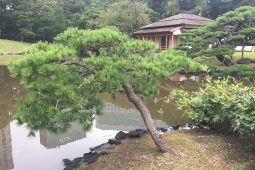