Japan has a generous number of annual public holidays. There are 16 annual shukujitsu (祝日, national holidays) peppered throughout the year during which schools, public institutions, and many businesses are closed. By law, if a national holiday falls on a Sunday, the following Monday will also be a holiday.

Japan has a generous number of annual public holidays. There are 16 annual shukujitsu (祝日, national holidays) peppered throughout the year during which schools, public institutions, and many businesses are closed. By law, if a national holiday falls on a Sunday, the following Monday will also be a holiday. And if a day should fall between two national holidays, that day will also become a bridge holiday. Popular sightseeing locations and public transport tend to be crowded on these days and this is especially true during the cluster of national holidays in late April and early May known as “Golden Week”. Also because the banks and post offices are closed on these days, it is a good idea to prepare some ready cash in advance, as you will not be able to access an ATM on a national holiday. This can be particularly problematic during Golden Week. Here is the first half of the holiday calendar with a short explanation for each of these unique cultural celebrations.

The celebration of New Year is as important to the Japanese as Christmas is in the West. This is an occasion for relaxing with the family at home, eating a variety of special dishes called osechi, and making the first shrine visit of the year to pray for good fortune in the coming year.

Coming of Age Day (成人の日, Seijin no Hi) — The 2nd Monday of January

In Japan you are legally an adult once you reach the age of 20. On this day in January, Coming of Age Ceremonies are held across the country to celebrate the new adults. Young women tend to wear colorful kimono for these events, while men may wear either traditional clothes or a Western-style suit. For most young adults this is also a good excuse for a reunion party with their old high school buddies.

Legend has it that Japan’s first emperor, Jimmu, rose to the imperial throne on this day in 660 BCE. To commemorate this event a national holiday was established by law in 1966.

This day is held to celebrate the birthday of the current emperor, Emperor Naruhito.

The Vernal Equinox is a day when the hours of day and night are of equal length and it marks the beginning of Spring. Officially this is a day to celebrate the new season and to reflect on the value of nature, but this holiday actually has its roots in traditional ancestor worship and so many people will visit their family graves on this day.

April 29th was originally celebrated as the birthday of the Emperor Hirohito, but in 2007 it was made a day to reflect on the history of the Shōwa era during which he reigned. This period, between 1926 and 1989, saw the disaster of World War 2, but also the Japan’s miraculous economic growth in the post-war years. Shōwa Day is the first day of Golden Week.

This day is held to commemorate the enactment of the Constitution of Japan on May 3rd 1947. For many, this is a celebration of the value of democracy, and also of Article 9 in the constitution which declares Japan to be a pacifist country.

This is a day to spend time with nature and to be thankful for its blessings. Many zoos and gardens in Japan will allow free entry on this day.

Originally “Boy’s Day”, this was made a celebration of all children in 1948. Families will fly carp streamers on this day, and decorate their homes with miniature sets of samurai armor. This day marks the end of Golden Week.

The public holidays of the second half of the year will be covered in Part 2. 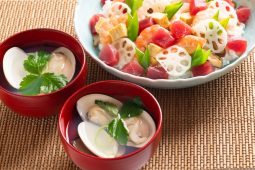