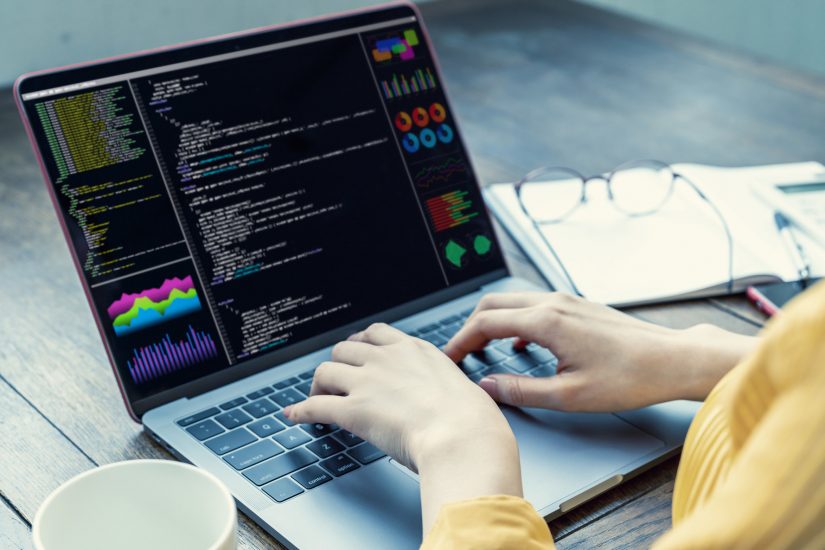 The Spread of Python in Japan

Python is a globally popular programming language used for various purposes such as web development and data analysis. In recent years, it has been gaining more popularity in Japan; if you go to any large bookstore, you can easily find more than 20 books on it in the introductory manual section alone.

Python is a globally popular programming language used for various purposes such as web development and data analysis. In recent years, it has been gaining more popularity in Japan; if you go to any large bookstore, you can easily find more than 20 books on it in the introductory manual section alone. Thinking back to ten years ago, when there were just a few books on it here and there, it’s easy to see just how rapidly Python’s popularity in Japan has increased in the past few years. In this column, I will discuss two topics from the first half of 2019, considering the current circumstances surrounding Python and future trends.

A news announcement from the Information-technology Promotion Agency, Japan (IPA) in January this year caused quite a stir. IPA is an independent administrative institution that provides various services related to information processing technology. Among these services is the National Examination for Information Processing Technicians, one of IPA’s main enterprises, which is held twice every year in spring and autumn. There are a number of variations to the test, but the core version, the Fundamental Information Technology Engineer Examination, is taken by about 100,000 people each year. IPA announced that the exam questions would change from spring of 2020. The changes that garnered the most attention were that COBOL, which had been a test item until now, would be eliminated, and Python would be added. This exam has been held since 1970; what the exam covers and its format have been adjusted to match changes over time. COBOL is a programming language that has been used in bank systems for decades, but it’s difficult to imagine that its usage will expand in the future, so it’s understandable that it was removed as a test item. However, there was some surprise at Python’s inclusion. In Japan, the programming language Ruby, developed by the Japanese programmer Matsumoto Yukihiro, is popular, and because both Ruby and Python are classified as lightweight languages that do not require compiling, one could argue that it wouldn’t be odd for either of them to be included on the test. Along with Python being newly included in the exam, another change is that, while the exam is about information processing, it will now also focus on mathematic ability. The circumstances behind these changes include the reality that central business activities are pivoting towards the collection of large-scale data and that data’s usage.

“Data science” is originally a term that came from data-driven science, and large-scale data processing and application is essential in the field of academic research as well. It isn’t uncommon for Python to play a central role in large-scale scientific research projects, such as the first observation of gravitational waves, announced in 2016, and the news of the successful observation of a black hole in April this year. NumPy and SciPy are well-known packages that support this kind of specialized numeric calculation. These packages are developed as open-source software, so volunteers from around the world are involved in their operation.

However, it is a fact that the contributions of private businesses are necessary for stable development. Recently, it’s become normal for private businesses, including world-famous ultra-huge IT companies, to indirectly support open-source activities. In the field of Python and data science, the US-based Anaconda and Enthought are world-famous for such support. This past April, the SciPy Conference, supported by Enthought, was held in Japan for the first time. I attended the conference on April 23 and 24. In the mornings of both days, there were tutorials pertaining to Python and data science, and in the afternoons, I was able to hear presentations from people active on the front line of the field, both within and outside of Japan. It would seem that Enthought’s desire for the Japanese SciPy-related community to grow increasingly active was one reason behind the conference being held in Japan. One could say that this idea was characteristic of Enthought, a company that knows the large role this community can play in the development and operation of a large-scale package such as NumPy. Two Japanese sponsors that stood out were JSR and Tokyo Electron. I got the opportunity to speak with representatives from both companies. Both companies spoke of moving forward with a digital transformation within their business operations, with the cooperation of Enthought. My two days at the conference strengthened my impression that the source of profit in business is in the process of changing. Hopefully, a sturdy ecosystem will take shape within Japan as well as these large companies apply Python in their workplaces and cooperate with the operation of key open-source software such as NumPy and SciPy.

SciPy Conference has been held in the USA and Europe since 2008, so I cannot shake the impression that it took time for it to be held to Japan. However, now that Python has been included on a national certification exam, people using Python in various types of jobs within Japan will likely increase. A future in which data science is applied not just within the field of academic research, but within a wide variety of fields, is already becoming a reality. The manufacturing industry is one of Japan’s strong areas, but it seems that many companies in this industry still have a long way to go regarding using data effectively within the workplace. Python will help with improving productivity and maintaining international competitiveness. I look forward to observing how Python takes root in society from here on.

Aug 27, 2019—hightech
The AI Boom is Apparent in Patent Applications
Job For IT Engineer