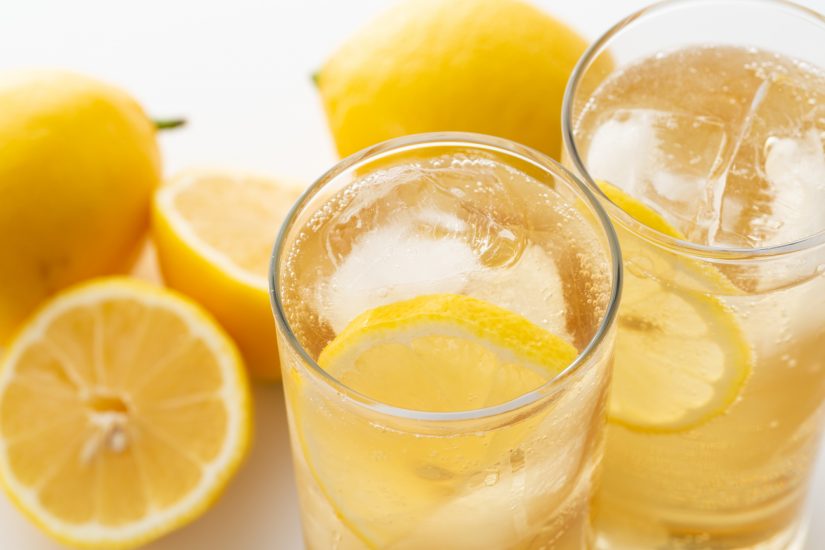 Ordinary drinks that you can get just about anywhere in Japan
6月 15, 2019—life & residence

Before I start this article, I should probably point out that no, the title isn't talking about alcohol; I would be surprised if other articles didn't cover it, though. Today, we're going into all the more ordinary drinks that you can get just about anywhere in Japan

Before I start this article, I should probably point out that no, the title isn’t talking about alcohol; I would be surprised if other articles didn’t cover it, though. Today, we’re going into all the more ordinary drinks that you can get just about anywhere in Japan, which might be unfamiliar to anyone visiting here (some of it especially from the west).

If you’re out and about much at all in Japan, you’re going to need a lot to drink. It might not make a lot of intuitive sense, but humidity dries you out (at least in this particular way) very quickly. If not that, then you’re inside, where the air conditioning often keeps it dry and tending a bit airless. Either way, it’s not going to do you any favours.

The traditional advice in Japan, given to me many times before, is not to drink too much (where ‘too much’ is more than about a third to half of a litre per day), make sure it’s hot, and be sure to take a hot bath afterwards; as the reasoning goes, this makes you sweat, which will cool the body down despite the hot drinks and bath. Oh, and be sure to keep some salt on hand because you’re going to lose a lot of that.

For several reasons, most of them to do with not ending up in hospital (and yes, it happens a lot every summer), I don’t recommend this approach.

For this article, I’m going to be focusing on a few categories. Everything you might not recognise from abroad (I say ‘might’ because I haven’t been outside Japan more than a bit in the past decade), and specifically, what you can get just about anywhere, whether from vending machines, or convenience stores, or supermarkets. In other words, I’m not going to be getting into anything that’s exotic within Japan, or into drinks like, say, mineral water, coffee or pepsi. I’m sure anyone reading this knows what they’re getting into, there.

Speaking of which, if budget is an issue, watch where you get it. Vending machines cost more than convenience store drinks, which in turn cost more than the big plastic bottles you might get at a supermarket or grocery store. Vending machines in touristic hotspots, on the other hand, price every drink at what I’m fairly sure is their weight in gold, so try to avoid that if you can help it.

In case translating from Japanese is an issue, I’ll be including the Japanese name as well, so you can tell quickly from the bottle.

For anyone coming from sodas and looking for something sweet and bubbly, Japan has two major offers of its own. One is Mitsuya Cider (三矢サイダー), which is about as generic as it gets: Water, syrup, bubbles. I haven’t had it very often, but if you want something that’s Japanese and still a ‘safe’ choice, it might appeal. The other is CC Lemon (C C レモン), which tends to go a bit easier on the bubbles than most. I don’t think it’s seen a real lemon in at least a decade, but it does taste a bit like it and come fairly close to the idea of a fizzy lemonade, if you’re in the mood for that.

This reminds me, if you see anything that looks fruity (including anything that looks like an actual carton of fruit juice) and have trouble reading the label, scan the outside for a percentage listed somewhere: that should tell you how much of it is actual fruit. You can have cartons of 20% and 100% fruit juice side by side looking very similar.

Up next we have sports drinks, which are just a Japanese phenomenon as far as I can tell. They’re named for a mix of minerals and so on that supposedly makes them perfect for athletes. In practice, yes, it’s syrup water, hold the bubbles. The major ones these days are Pocari Sweat (ポカリスェット and yes, I know, the name is unfortunate) and Calpis (カルピス）, both an opaque off-white drink in a blue plastic bottle. If you feel like something sweet but different, or without any fizz to it, it might be a good choice.

This is where I admit that I wrote the article mostly to push one thing: Green teas. As someone who more or less only drinks water and tea, and gets awfully fussy about the latter, I’ll still happily drink my body weight in vending machine tea given a chance. I leave it to you to find preferred brands, but they’re all in green-labeled plastic bottles, making them easy to pick out. You can usually count on darker labels to be stronger and more bitter, if that’s your preference (it’s definitely mine, but I wouldn’t start someone on it). If your ‘green’ tea looks brown, don’t worry; that’s normal and happens with time. Most of the offers are green, but you can also find 十六茶(Jūrokucha, a blend of about 16 teas), 麦茶(Mugicha, made with barley), and ウーロン茶 (Oolong tea, a kind of Chinese black tea). If you’re ever stuck with nothing but text to go on, look for 緑茶 for green tea, 紅茶 (literally ‘red tea’, it’s the Chinese term) for black; ryoku-cha and kou-cha respectively.

(A note for any American readers: As far as I know, what’s called sweet tea there isn’t normally available here.)

For anyone with food sensitivities who might be reading this, meanwhile, here’s what to watch out for, and it applies for food as well (though obviously the number of things to be careful about with food is much higher). 香辛料 taken literally is just ‘spices’ or ‘flavouring’ and it’s as vague as it sounds; if you’re unsure, keep in mind that it could be risky. アミノ酸など means ‘amino acids etc.’ and is generally shorthand for monosodium glutamate, which can give about half my family a lot of trouble. Finally, and this comes up most for drinks: If a label mentions ビタミンC (Vitamin C), this is safe for most, but if you’re particularly gluten-sensitive, bear in mind that corn starch is often used to bind it together, which in extreme cases can still be enough to cause trouble.

Wherever you are in Japan (except Kagoshima, which I once visited for a week and I think I saw three people total), this should keep you covered if you want to try something local. I’ll be getting right back to drinking my weight in tea.