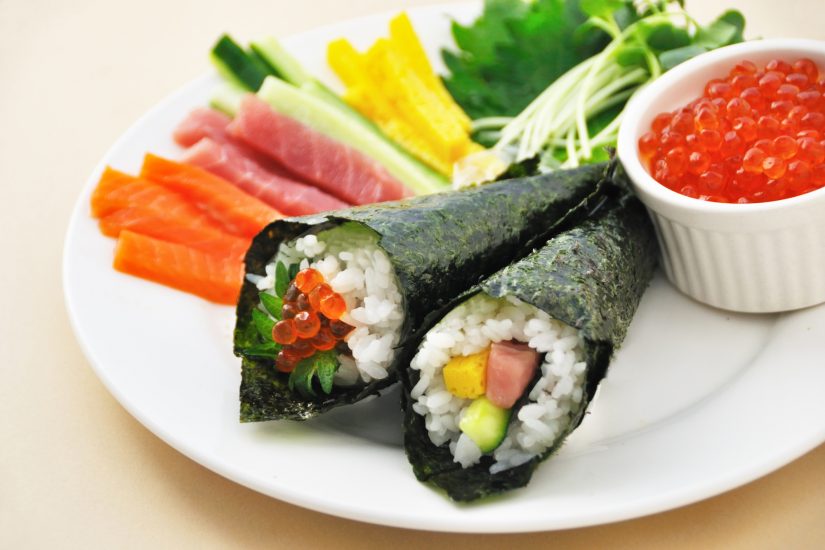 A beginner’s guide to sushi

Despite its fame, Japan’s signature cuisine is still the subject of various misunderstandings in western countries. In my country, where not many have visited Japan, the first thing people think of when they hear the word “sushi” tends to be “raw fish”.

Despite its fame, Japan’s signature cuisine is still the subject of various misunderstandings in western countries. In my country, where not many have visited Japan, the first thing people think of when they hear the word “sushi” tends to be “raw fish”. Of course, we all know that sushi includes raw fish, but not everyone in English-speaking countries realizes that the word “sushi” refers to the vinegared rice, and not to the raw fish toppings. Also, many don’t know that sushi can include cooked toppings, or fillings in rolled sushi, such as egg, eel, prawn, etc. and numerous vegetables – yet still be called “sushi”. Even in Japan, large diner-style sushi chain restaurants often put Parma ham, roast beef or tempura-topped sushi on the conveyer-belt menu.

The four main categories of sushi that you are likely to meet are as follows:

This is probably the most common way to have home-made sushi. Japanese families and friends gather round the table and ‘mix ’n match’ from the selection of seafood, vegetables and other ingredients set out in front of them. The food is prepared so that everyone can help themselves and roll their own sushi by hand. This is done by taking half a nori (laver) sheet, spooning some rice and then your choice of fillings, before rolling it into a cone-shape in your hand. These are then eaten as is, or dipped lightly into some soy sauce, with or without wasabi horseradish paste.

This is another type of sushi that’s popular at home. A bowl or bento box of rice is decorated with a variety of colorful ingredients that have been artistically prepared. Chirashi-zushi is often served at celebrations, or it can simply be a lucky child’s lunchbox meal at school. The word ‘chirashi’ means ‘scattered’ like cherry-blossom petals or snowflakes, and the ingredients may be “scattered” (in reality, they are placed carefully) on top of the rice or mixed in to give a variety of appearances.

Although this type of sushi is made at home, it’s also a common sight in professional sushi restaurants and differs from Temaki-zushi by its use of a bamboo mat for rolling, known as a makisu. It can be sorted into roughly two traditional categories, thin (hoso-maki) or thick (futo-maki) rolls.

Another category of rolled sushi is ‘inside-out’ rolls (ura-maki) in which the nori is on the inside and the sushi rice on the outside. There is also rolled sushi that doesn’t use nori laver sheets at all, and which was invented by sushi chefs in restaurants overseas, then reimported back to Japan.

One other type of rolled sushi is called “Battleship” Roll (Gunkan-maki) and was designed as a way to hold toppings that could easily fall off. Gunkan-maki are smaller oval-shaped pieces wrapped in nori with toppings such as sea urchin spooned inside the roll.

The most celebrated and representative type of sushi which developed during the latter years of the Edo Period (1716 – 1864) as a kind of fast food eaten standing outside. The toppings may be raw, marinated in vinegar or soy sauce, or lightly seared and are chosen according to when they are in season. The most common toppings are divided into red flesh fish such as tuna, white fish such as bream, silver-skinned fish such as mackerel, and other types such as squid and octopus, prawn and shellfish.

Restaurant sushi may be eaten with the hand or with chopsticks, and may include grated wasabi horseradish or not, depending on personal preference. There are no formal rules for customers in sushi restaurants, but there are generally three ways to order. You can either leave it up to the chef, choose from an à la carte menu, or choose a set course, which also tends to be the most economical option.

Finally, it takes sushi chefs years of practice and training to get the size, shape, texture and taste just right, but if amateurs learn the tried and tested technique, they too can mold nigiri sushi with varying degrees of success. Fancy giving it a go?

Oct 1, 2019—culture
Savouring TOFU in a myriad of ways
Job For IT Engineer