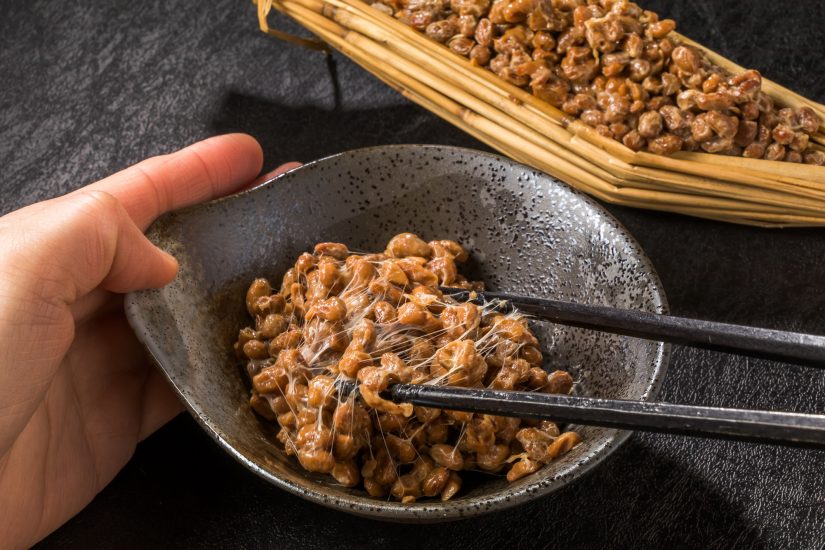 Love it or Hate it: The Story of Natto

Natto is a unique Japanese food which is made from fermented soybeans. At some point, if you visit Japan, you will encounter natto, and it is best to be prepared in advance so as not to be overwhelmed by its special qualities.

Natto is a unique Japanese food which is made from fermented soybeans. At some point, if you visit Japan, you will encounter natto, and it is best to be prepared in advance so as not to be overwhelmed by its special qualities. If you are not too bothered by natto’s famously sticky texture and funky odor, then you might be able to enjoy its earthy flavor and reap the benefits of its highly nutritious content. Natto is one of those foods, like Marmite in the UK (or Vegemite in Australia) that people either love or hate.
Some people are grossed out by its stinky smell and slimy texture, and others (like me) can’t get enough of it. Oddly enough, in Japan, the popularity of natto is largely marked out on regional lines. People in northern and eastern Japan tend to like it, and people in western and southern Japan tend to dislike it. An exception to this rule is Kumamoto on the southern island of Kyushu where, for some mysterious reason, natto is very popular.

Natto is made with the aid of a special bacterium, called natto-kin in Japanese, which occurs naturally in rice straw.
In fact, the traditional way to make natto is to pack boiled soybeans in straw and let the microbes work their magic. How people discovered this process remains one of the great historical mysteries. The second great historical mystery is why, on discovering the stinky, gooey mess created by that process, they decided to eat it anyway. There is, however, a rather dramatic legend about the origin of natto, which is told throughout the north-eastern Tohoku region.

Back in the year 1083 the great samurai commander Minamoto no Yoshiie was leading a military campaign in Tohoku in order to subdue some unruly local warlords. One night, Minamoto’s men were boiling some beans to feed their horses, when their camp was suddenly attacked. Not wanting to waste the beans, they hurriedly packed them in straw bags which they stored under the horses’ saddles and then rode into battle. After a few days, Minamoto’s men had reached a place of safety and were able to unwrap the beans.
By this time, however, the bacteria in the straw, aided by the heat and sweat from the horses’ flanks, had made a right mess of the beans. Now you might think that no one in their right minds would eat the results, but Minamoto’s men were short on provisions and very hungry after a big fight, so (brave warriors that they were) they tried the beans anyway. To their surprise they tasted pretty good – and thus natto was born! Whether this story is true or not, it has been pointed out that the regions where natto is popular are also traditional horse breeding areas. So it is entirely possible that warriors on horseback first spread the good word of nutritious natto around the nation.

It is still possible to find traditional wara-natto (natto wrapped in straw), but these days store-bought natto usually comes in a small styrofoam container. Such containers usually come with handy little sachets of soy sauce and mustard. You should first mix up the natto with your chopsticks until it is really sticky. This will release the flavor. You can then mix in the mustard and soy sauce. How you eat it is up to you. You can have it on its own, but people commonly eat it with rice.
As a breakfast food, it is often eaten with rice and a raw egg, which are all mixed up together. Finely sliced green onions are also a great complement for natto. However, these are just the traditional ways to eat natto, and you shouldn’t be afraid to experiment. Personally I find that a little chopped tomato and avocado go very well with natto, and I have also tried it with pasta (not so good), and even in Mexican-style tacos (better).

Packed with protein, fiber, minerals, and vitamins, natto is said to be beneficial for your skin, bones, digestion, and immune system. A regular diet of natto is also supposed to help reduce blood pressure, lower the risk of heart disease, and even delay the aging process.
For this reason, even people who don’t like natto will force themselves to eat it, because they crave those health-giving properties. Naturally probiotic, natto is Japan’s original samurai superfood.
Now challenge your taste buds and give it a try! 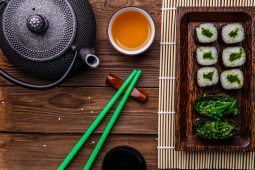