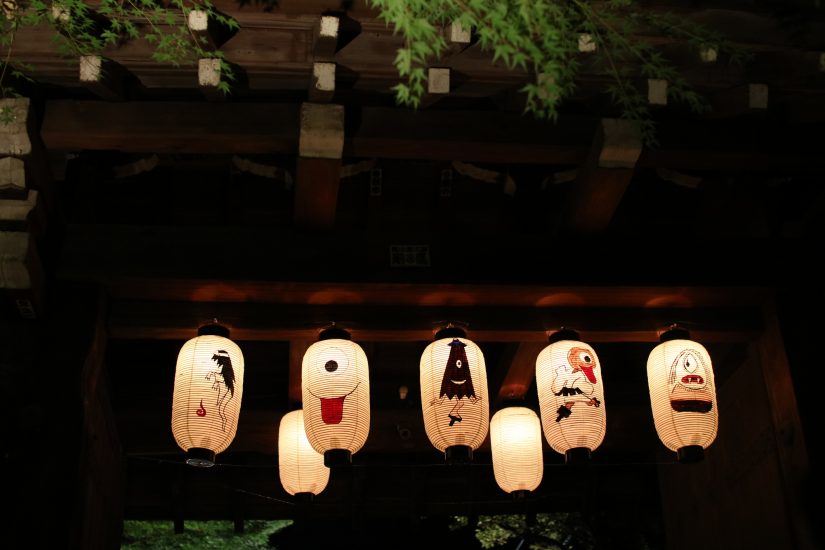 Season of Ghosts: The Japanese Tradition of Scary Summer Stories

Summer in Japan is the season for ghost stories. Scary movies, books, and other spooky media are commonly released in the summer season, and magazines and TV run special features on uncanny events and weird phenomena.

Summer in Japan is the season for ghost stories. Scary movies, books, and other spooky media are commonly released in the summer season, and magazines and TV run special features on uncanny events and weird phenomena. For Japanese people, this season has the same eerie resonance as Halloween does in western countries. This association of summer with spine-chilling tales has its roots in the Buddhist tradition. The Buddhist festival of the dead, called Obon, takes place in summer and during this season it is believed that the boundaries between the physical and spiritual worlds grow thin, allowing the spirits of the dead to revisit their families. However, not all spirits that return at this time are benevolent and other beings of more sinister intent can also slip into our world. High summer in Japan is, therefore, a time when we should beware of lost souls, unquiet spirits and vengeful ghosts!

Another common belief, in the hot and humid Japanese summer, is that a really scary ghost story will induce enough chills and goose bumps to cool you down! In the Edo period (1603 – 1868) this belief led to a popular trend for summer ghost story gatherings and many of the classic stories of that era are still popular today. The traditional way to tell stories at these gatherings was to light a hundred lamps and then take turns telling a hundred creepy stories. These stories were called kaidan which means “weird tales.” As each kaidan finished the storyteller would put out the light, and so as the participants became more and more frightened, the room would get darker and darker, until someone finally lost their nerve. Many of these stories feature the vengeful spirits of wronged women, which is a reflection of the weak social position of women in those times. Dependent on men for their wellbeing, women were powerless to defend themselves against betrayal and injustice, but in death, this situation could be reversed. Here are three such classic tales.

A particularly famous example is the story of Oiwa who is tricked by her husband, Iemon, into using a poisonous facial cream. The cream disfigures Oiwa’s face and ultimately leads to her death – but not before she has sworn vengeance on her husband. Subsequently, Iemon is haunted by visions of Oiwa’s ruined features which drive him into madness and despair… This story became a popular subject for kabuki plays in the Edo era, and in the modern age has been filmed many times. Probably the best retelling is the 1959 movie Tokaido Yotsuya Kaidan, which is also called The Ghost of Yotsuya in English.

Another story is that of Okiku, an innocent servant girl who is the victim of a wicked samurai. The samurai tricks Okiku into believing that she has lost one of a set of ten precious plates, but tells her that he will forgive her if she becomes his lover. Okiku refuses and the angry samurai then kills her by throwing her into a well. Thereafter, the ghost of Okiku rises from the well each night and her voice can be heard counting, “One plate, two plates, three…” until on reaching the tenth missing plate, she lets out a horrifying wail… Originally a folktale, in the Edo era this story was the popular subject of bunraku puppet plays as well as kabuki dramas. In more recent times it has also been a major influence on the Ring novel and movie series, whose protagonist Sadako is also a vengeful female ghost climbing from a well.

The Peony Lantern is a more romantic tale which features a young couple: a student named Saburo and a beautiful girl called Otsuyu. Saburo and Otsuyu are very much in love but are kept apart by unfortunate circumstances, until one day Saburo is told that Otsuyu has died. One night, during the Obon season, Saburo hears footsteps walking outside his residence, and looking outside notices a lady, whose face, clearly lit by the light of a peony lantern, is his lost love Otsuyu! Saburo rushes to meet her and is told that the story of Otsuyu’s death was a wicked lie meant to keep them separated. From then on Otsuyu spends each night with Saburo, but a servant spies on them and discovers… Otsuyu is a corpse! How does the story end? To find out, watch the 1968 movie adaptation by director Satsuo Yamamoto. It will definitely give you the chills!

Aug 20, 2019—culture
The Origins of Japanese Icons: Part 1
Job For IT Engineer