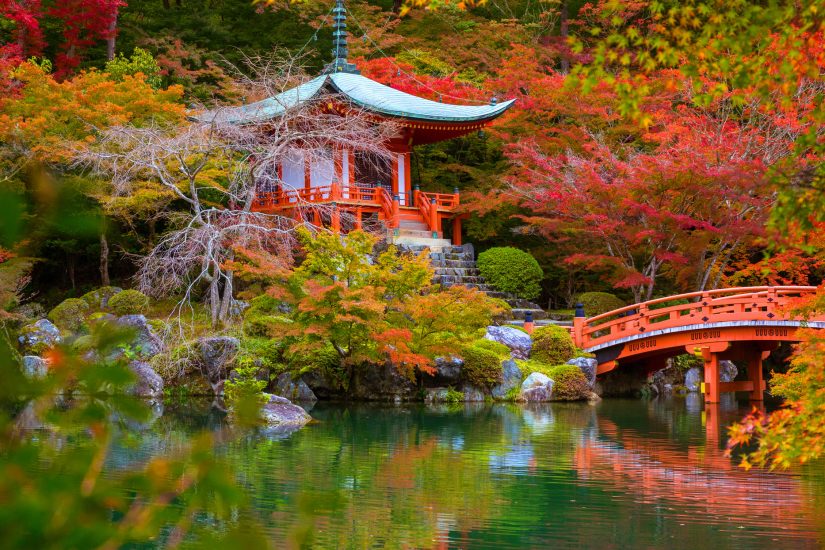 An Introduction to Cultural Property

Japan is a country with a very long, rich history; in particular, it's one with a history you can see just about all around you. It's very hard to go anywhere without running into the ruins of old castles, or perfectly functioning castles, ancient temples and shrines, 500-year-old streets, and so on.

Japan is a country with a very long, rich history; in particular, it’s one with a history you can see just about all around you. It’s very hard to go anywhere without running into the ruins of old castles, or perfectly functioning castles, ancient temples and shrines, 500-year-old streets, and so on. The house I live in is well over a century old, and I wasn’t even particularly looking for an old house! This isn’t even getting into all the old crafts, the festivals that started who knows when, and so many other things that survive in people rather than objects.

Unfortunately, Japan is also a country that can make these things difficult to keep. Just about any old castle, temple or shrine has burned down at least once, a great many old arts and crafts are in danger of disappearing (partly because a total societal upheaval about 150 years ago is the sort of thing you don’t come back from very tidily), and so on. If you’re out in the country, everyone leaving for cities doesn’t really help either.

So, what does Japan do to protect these things? Quite a bit, actually. Most of this comes down to a long, long list of Cultural Property designations. Before I dig into that, though, for anyone who isn’t that invested in preservation of history, here’s something you can use immediately: The Cultural Properties of Japan can be searched up in many places. It can make a nice masterlist of interesting things to see some time, if you ever want to fish for ideas.

In short, Japan keeps a ranked and categorized list of things that are important enough for cultural and historic reasons to actually take care of; something either the country, the prefecture or the local municipality can set. To clear this up in case you see it in text: The general category is named bunkazai (文化財). Intangible ones – more on that later – are called mukei bunkazai (無形文化財). Folk cultural properties are called minzoku bunkazai (民俗文化財). Finally, if it’s an important one, it will have jūyō appended to it (重要), and a national treasure is the much simpler kokuhō (国宝). Having said all that, anything this important is that much more likely to have English on hand if you see the signs anyway.

With all that out of the way, it goes like this.

A cultural property generally applies to something solid. Sometimes an object, like a painting or a mirror. Sometimes a place, like a ruin or dig site. Very often, it’s a location, such as a castle or a temple. This is probably the most common category and the one that takes the most work in terms of restoration and repair. Kinkaku-ji, mentioned in one of my previous articles, is in a Kyoto-specific category of cultural properties, while Ginkaku-ji isn’t, to give one example. Neither is a national treasure – the bar is quite high for that – but the main hall of Kiyomizu temple from the same city counts, if you’re curious about what it takes. Many parts of Tōdai-ji, also mentioned in my Nara article, are likewise national treasures.

An intangible cultural property is somewhat less obvious. This covers art, crafts and traditions, and the people who carry them on. If preserving the tradition and a person turns out to be more or less the same thing, the person is designated a living national treasure. A particular style of pottery, woodblock printing or textile making might fall under this, or a style of theatre (for example, Noh). This is mostly done through help with training apprentices, as well as grants and exhibitions to raise visibility. They do, however, generally receive less attention than the tangible counterpart. Often, the techniques used in preserving the tangible counterpart can itself be so old and obscure as to count as a cultural property. Not many people are going to be familiar with the exact techniques used to build up a centuries-old temple!

Folk cultural properties are a bit of an overlay on the other two. They can belong to either category and the title is mostly a clarification to explain what kind of significance it holds – specifically, that the property in question has a huge role in influencing, continuing, or helping people to understand tradition and its role in Japanese life. A local specialty like a particular festival or something made there might qualify, for example.

Besides this, there are more recent additions. This covers natural sites of incredible beauty or significance (this being Japan, it’s a long list), or particular landscapes and streets that bear enough significance that they should be left well enough alone so as not to disrupt the way they are. Finally, there’s the designation system: Essentially, this is to protect anything that doesn’t quite make the cut but is nevertheless important.

Unfortunately, all this still doesn’t protect the more obscure parts of the country or those with misguided management. Kyoto, for example, went through a phase of trying to modernize out of fear of being seen as ‘old-fashioned’ (ignoring for a moment the fact that everyone goes there for the old parts of it), which resulted in the loss of the old station and quite a few traditional streets. Older crafts don’t always survive, and many smaller temples and shrines rely almost entirely on the priest and visitor donations to make repairs (which is why I try my best to contribute when I visit). It’s not exactly a tourist’s responsibility to fix this, nor would I know how you could start if it were, but it’s something to keep in mind if you ever see a place that becomes important to you.

In the meantime, Japan is filled with wonderful, beautiful history everywhere you look, and for all my talk of how it could be better, most of it is being looked after very nicely, ready to be seen and experienced.