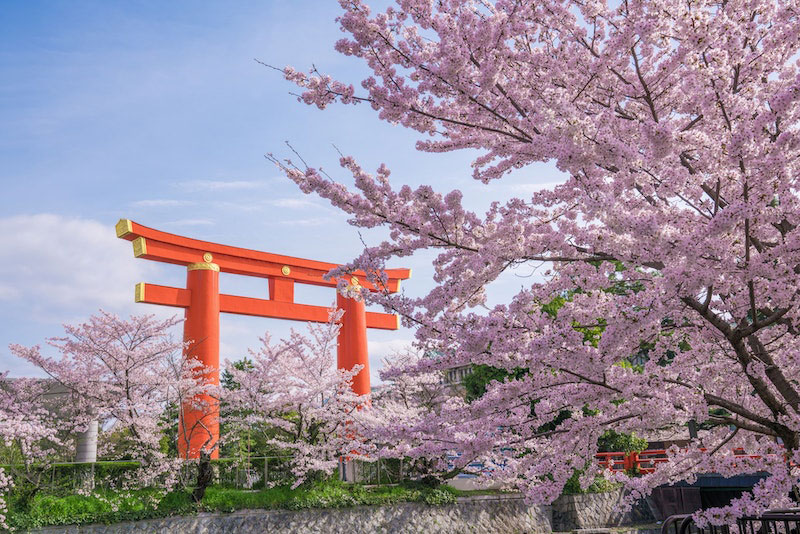 The Ten Best Places to See Cherry Blossom in Kyoto

It is not long now before the hanami (花見, cherry blossom viewing) season is upon us. One of the most famous locations to view the sakura (桜, cherry blossom) is Kyoto. Usually the cherry blossoms bloom in Kyoto between late March and early April. However, this year the cherry blossoms are forecast to open much earlier, with the first blossoms appearing around March 20 th, and the best time to view them should be between the 25th and 31st. Nevertheless much depends on the area of Kyoto that you visit, and also on the variety of cherry tree as some types bloom later than others. The truth is Kyoto has so many wonderful locations to view cherry blossoms that it can be rather hard to choose where to go. In this article, we list some of the most famous cherry blossom viewing sites in Kyoto. Where will you view the sakura in 2020?

The historic buildings of this UNESCO World Heritage Site create a magnificent setting for around 300 cherry trees, which include fifty different varieties.Because there are both early and late-blooming cherry trees here, the viewing season is quite long. This year’s Nijo-jo Sakura Matsuri (Nijo Castle Cherry Blossom Festival) will last from March 20th to April 12th and during this time the trees will be illuminated between 18.00 and 21.00. Admission is 600 yen.

Gion Shirakawa is one of Kyoto’s best preserved districts with traditional tea houses, a stone-flagged street, and elegant cherry trees lining the Shirakawa Canal. This year this area will be illuminated between 18.00 and 22.00 from March 27th to April 5 th, creating a wonderful romantic atmosphere for an evening promenade.

A thousand cherry trees can be viewed from this temple’s famous wooden veranda, and when you descend to the Otowa Waterfall and look back up it appears as if the veranda is floating in a cloud of blooms. Kiyomizu-dera has undergone a lot of renovation in recent years, but this spring marks a short period where the veranda will be free from scaffolding, so go to see it while you can! This year the grounds will be illuminated from 18.00 to 21.00 between March 27th and April 5 th. Admission is 400 yen.

Maruyama Park is Kyoto’s Party Central during the hanami (花見, cherry blossom viewing) season, and day and night is filled with merry picnickers drinking under the trees. The star of the show is a glorious 12 meter-high weeping cherry tree which was planted in 1949.From late March to early April the park is illuminated from sundown till midnight.Bedecked with lanterns, and with plenty of stalls selling food and drink, this is a lively location in which to celebrate the coming of spring. Admission is free.

The Path of Philosophy

Tetsugaku-no-michi (哲学の道) or the “Path of Philosophy” is a pleasant canal-side strolling path in north-eastern Kyoto that runs for around 2 kms between Eikando Temple and Ginkakuji Temple.Hundreds of cherry trees line this route which makes it very popular during sakura season. For that reason you should view it either early in the morning, or later in the evening when the crowds have thinned out. This path gets its unusual name from the 20th century philosopher Nishida Kitaro, who would take long walks in this area for both mental and physical refreshment.

The Kamogawa River runs north to south through the center of Kyoto and is lined on each side with cherry trees. The river’s grassy banks make it the perfect place for picnics and with its scenic views it is a very popular location for hanami parties. This riverside area is completely free to enter.

The stroll garden of Heian Jingu is famous for its beautiful pink weeping cherry trees which bloom in early April. This year the gardens will be illuminated between April 9th and 12th when visitors will be able to enjoy evening concerts under the cherry blossoms. Regular admission to the garden is 600 yen.

Arashiyama in western Kyoto is a popular scenic area at any time of year, but even more so when the cherry trees are in bloom. Top hanami locations here are the Togetsukyo Bridge, Tenryuji Temple, and Daikakuji Temple.

Hirano Jinja has 400 cherry trees of fifty different varieties, some blooming earlier and others later, so that the sakura season here lasts for roughly a month. This year the trees will be illuminated from sundown to 21.00 from March 25th until April 20 th. Admission is free.

If you miss the main sakura season, head to Ninnaji Temple. This UNESCO World Heritage Site is famous for its Omuro Sakura, a variety of dwarf cherry trees that bloom a little later than most. This year the trees are expected to be in bloom between early and mid-April. Admission during this season is 500 yen. 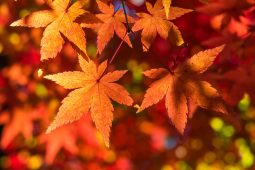