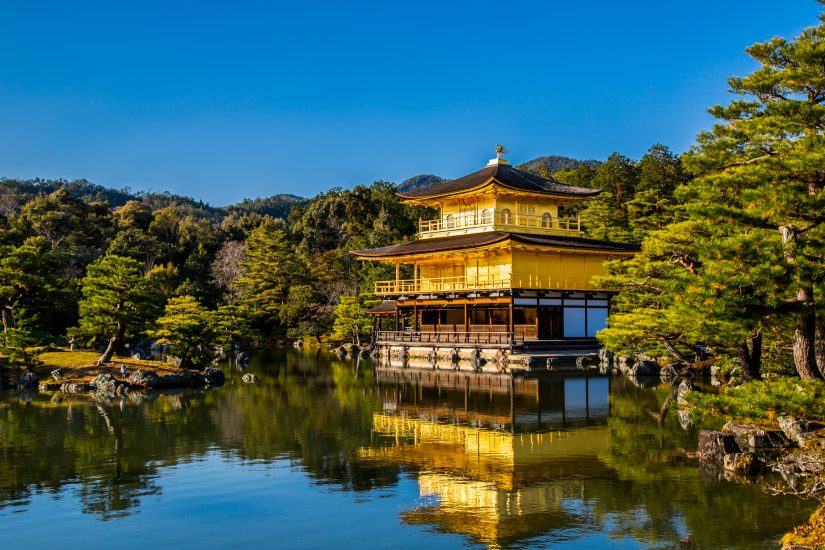 Kinkaku-ji or Golden Pavilon has a fascinating story behind it
Photo by: jemmy999 / PIXTA
6月 5, 2019—travel

The Strange Story of Kinkaku-ji and Ginkaku-ji: Part 1

Kinkaku-ji, also known as Rokuon-ji (its official, but much less popular name) or as the Temple of the Golden Pavilion (a literal translation of 'Kinkaku-ji'), is probably among the most famous temples in Japan. If you've looked into Japan at all, you can probably recognise it by sight, if not by name.

Kinkaku-ji, also known as Rokuon-ji (its official, but much less popular name) or as the Temple of the Golden Pavilion (a literal translation of ‘Kinkaku-ji’), is probably among the most famous temples in Japan. If you’ve looked into Japan at all, you can probably recognise it by sight, if not by name. Since they say a picture is worth a thousand words – I haven’t been able to convince my editors about this one yet – let’s try that now.

Kinkaku-ji, quite honestly, doesn’t need me to advertise it. Even as one of about three people in this country who don’t like Kyoto, I think it’s worth seeing, and you can find dozens of articles telling you how wonderful it is. What I can do is tell you the strange, complicated and occasionally somewhat silly history of the temple. If that doesn’t do it, stay around for the second part: I can promise you that Ginkaku-ji gets a lot sillier, and you probably haven’t heard of it at all.

Kinkaku-ji has gone through a lot of changes over the years, and its original (pretty much unrecognisable) form goes back quite a while. Originally it was a more ordinary sort of villa like a lot of Japan’s nobility had at the time, belonging to Kintsune Saionji. If you’ve never heard of him, don’t worry; the Saionji family was an important part of Japanese nobility for most of a millenium (and produced a prime minister in the early 1900s), but he himself doesn’t have many claims to fame. Mostly, he owned the original villa – then Kitayama-Dai – contributed thirty songs to a collection of 13th century poetry, and has a name that sounds a bit like someone called him a fox.

Feel free to forget about him now, if you like. He doesn’t come up again.

Fast forward to late 14th century, and we meet Yoshimitsu Ashikaga (for the sake of an international audience, I’m putting surnames last; this might get a bit confusing if you look them up, so be careful).

Yoshimitsu was, by all accounts, a bit of a big deal. Apart from being a shogun in his time and a fairly skilled negotiator and statesman, he also managed to make a lot of Chinese diplomats happy enough to make some lasting trade agreements with Japan, which made him an unbelievably rich man. They also liked him enough to name him king of Japan, which doesn’t strike me as their decision to make, but it happened all the same.

He seems to have taken it to heart, considering he later went on to try and claim two things in his final years: The title of Dajo Tenno, intended for retired emperors, and a more nebulous idea of a kind of cosmic-level Buddhist god-king. Neither quite stuck, partly because he died very soon after, and partly because he was never on the imperial throne in the first place, but we can’t fault the man for his ambition (we can, however, laugh at him for the more audacious parts of it).

As part of building his prestige, he tried to link his family symbolically to the Saionji one, by purchasing Kitayama-Dai, and renaming it Rokuon-ji. He took on a posthumous Buddhist name (not an uncommon practice) as Rokuon’in – or Rokuon-in depending on how you choose to write it – which would make this a bit like calling it Yoshimitsu Temple. Except that it wasn’t a temple at the time. First, he had two things to do with it in his lifetime: Use it as a villa, and plate it entirely in gold.

You heard the man. He wants the entire temple covered in gold. It turns out they don’t actually vet shoguns for good taste.

Gold leaf, as it turns out when I researched it around the start of this year, is actually a lot cheaper than you think, as long as you’re okay with it being very thin. It does, of course, still cost an absolute fortune to cover an entire villa in it. Luckily, that’s exactly what Yoshimitsu had. After his death, it was to be donated as a zen temple. By making a gold-plated temple, he would presumably advertise himself as the biggest ascetic in town; I feel like he missed the point a bit, but on the other hand, I’m not a zen Buddhist.

70-odd years down the line, war burned down the entire complex apart from the temple. This isn’t unusual, so much as a natural consequence of a country that had lots of wars and wooden buildings (most castles you can visit are just the foundations by now). Eventually, the gold leaf started flaking off, too.

This is a little ironic considering the idea behind the gold: As a non-reactive metal, it was meant to represent purity, immortality, and so on (a symbolism western alchemy held for it too, by the way), thus shutting out the world’s corruption, death, and so on. That, and theoretically it fits the Muromachi era’s artistic themes of excess. Personally, I have a feeling Yoshimitsu had an enormous amount of money and wanted people to know it, but maybe that’s uncharitable of me. Still, the theme behind the gold doesn’t hold up as well when the gold starts falling off.

This changed in 1950, when one of the monks did, in fact, set the temple itself on fire. The statue of Yoshimitsu was lost, and the temple burned down in large part as well. It was rebuilt five years later, not only restored, but future-proofed somewhat by making sure the gold won’t drop off this time. How? The gold leaf was made much thicker, so a bit of it can afford to flake off this time; 5 micrometres rather than 1. It’s working quite well for now, since the temple continues to pull off its whole sparkling gold-plated act to this day. So if you ever felt the idea of Kinkaku-ji was a bit much, just remember that it’s quite literally five times gaudier than it ever was in the past.

Next time, we’ll take a look at its far, far less famous counterpart. 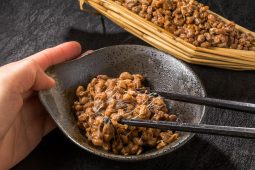 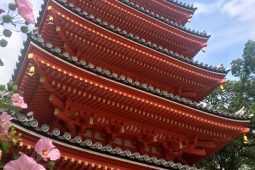