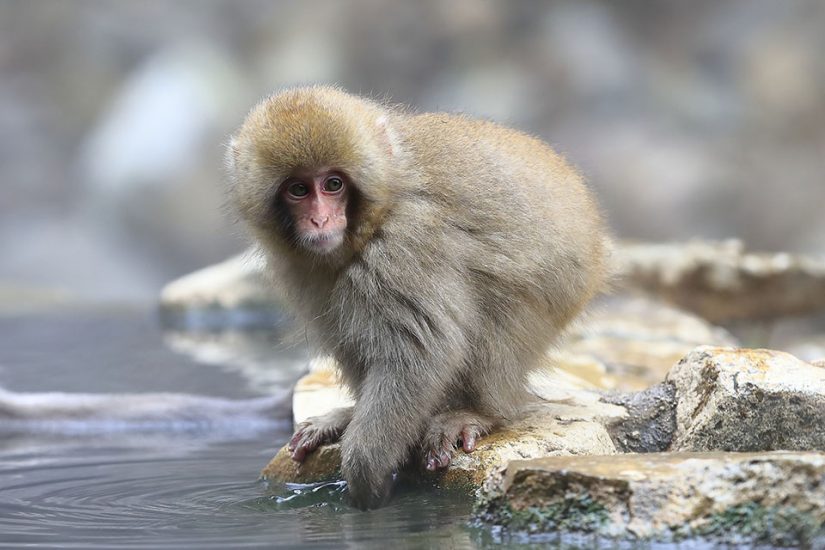 Tourism is a funny thing, and recommending it, doubly so: A place’s name can sometimes be all the advertisement it really needs.

Tourism is a funny thing, and recommending it, doubly so: A place’s name can sometimes be all the advertisement it really needs. All you have to do is mention it, and it will sound like the sort of place you should probably at least stop to look at. For example, there’s a very easy case in telling people to visit any place ending in ’palace’ or ’castle’. Alternatively, taking examples I’ve brought up before, the Temple of the Golden Pavilion, Jade Valley, and the Deer Temple all make good cases for themselves right away. It’s somewhat harder to, say, convince someone that they should pay a visit to Hell Valley even as a day trip to admire the view.

So anyway, let’s talk about Hell Valley. Have I mentioned that I like a challenge?

Jigokudani, also known as Jigokudani Yaen-Koen (or if you want a translation, Hell Valley Monkey Park), is located high up in the mountains of northern Nagano. Being covered in snow for about a third of the year, I’m convinced it was put there to shame me for making jokes (as is my duty, being in a neighbouring prefecture) about Nagano having all of Niigata’s cold and none of the snow. That I think having snow for a third of the year is normal in the first place is probably a sign that there’s something wrong with my standards.

Besides that, though, it’s a breathtaking place to visit. You’ve also probably heard of it, although not by name; if you’ve ever seen talk of Japanese macaques bathing in hot springs, this is the place where it happens. I was actually sure it happened in more places as recently as a week ago, but no, apparently it’s just here. All the more reason to visit!

Speaking of reasons to visit, I should probably start on that. When I visited Jigokudani (just the once, but I should probably go again), it was the middle of winter. I went in regular clothes and a thin jacket, by the way, which is — and I cannot stress this enough — an enormous mistake. Be smarter than I was.

Jigokudani is, for the most part, a hiking trail through a park up in the mountains. ’Valley’ is relative. In winter, this means walking through ankle-deep snow that’s quite a bit deeper than that the second you go off the trails, while the whole place fills up with fog and plumes of steam. Look a bit further down into the valleys, down steep, bare cliffs, and you’ll see bubbling hot springs letting out huge clouds of funny-smelling steam that come all the way up to you and drag themselves across the snow.

It’s beautiful, yes, but not that hard to see why it got the ominous name. Jigokudani is many things, but in winter, it’s not even pretending to be hospitable. In a way, that’s part of what struck me when I was there. Beautiful places are (and I’m very thankful for this) not hard to find in Japan. It’s a little more difficult to find a place that inspires awe. A feeling that this place wasn’t meant for you, that you’re walking through this incredible one-of-a-kind spot for a little while, but in the end, you’re just not meant to be here. It’s stunning in a way that very few things can be, and for all that it avoids actually becoming unpleasant in any way.

Let’s just say you walk out of it with a very immediate understanding of why people built shrines in these sorts of places.

When I visited, I didn’t see many monkeys, just a few, but that may have been the fog at work. I kept my distance at the time, mostly because I was sure they were busy enough without me bothering them, but they’re definitely a big part of the park; it just so happens to be a park that holds up very well even without them. The park’s administration, having put the monkeys front and centre for everything about the valley, doesn’t seem to agree with me. I think they need a little more confidence.

By summer, it looks a little less forbidding. The onsens are still there, naturally, but the snow is replaced with the lush greenery and endless water that you would see in so much of rural Japan, not that this makes it any less beautiful. I only visited in winter, so I don’t have any personal experience, but fortunately, the Jigokudani park site has me covered for that (I’ll be linking their site at the end of this article).

If green isn’t your colour of choice, then just before the snow hits in autumn, you’ll find Jigokudani filled with beautiful, bright red and yellow leaves on all the trees. It doesn’t take very long for the ground to match this, either; the waters and steam from the hot springs leave a mineral crust over a lot of what it touches, which in practice means that things get painted in all sorts of interesting shades or orange and reddish brown.

It also means (and this is also true of any place with many natural hot springs) that the entire valley smells faintly of eggs. You get used to it.

Speaking a little more practically, the area around Jigokudani is a little more hospitable than you might think. The area is, let’s say, just aware enough of tourists: Not so much that it’s entirely organised around drawing tourists in, but it does have a good amount of English signage, nice places to stay, hot springs for non-monkeys, and so on. While it’s a little beyond this article, I can promise you that once you’re in Nagano anyway, you’ll have no shortage of other good places to go to (and similarly well-catered, too).

If none of this has quite sold you on Jigokudani, or even if it has, I recommend a look at their site: It has an English page, tour guides, an Instagram page of almost nothing but monkeys, some streamed cameras, and so on: It won’t actually show you much of the valley, but it does enough to show you that this is an extraordinary place that deserves at least one visit, and probably two or three to see every side of it.

The Jigokudani page can be found here: http://en.jigokudani-yaenkoen.co.jp/ (Just be sure to check the menu on the top right too, it’s not very obvious) 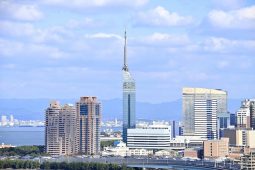 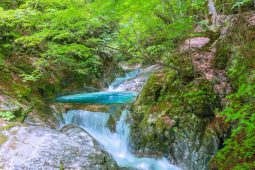 Aug 20, 2020—travel
A short train and bus journey from Tokyo, for an easy hike around the stunning Nishizawa Ravine 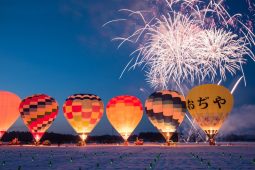