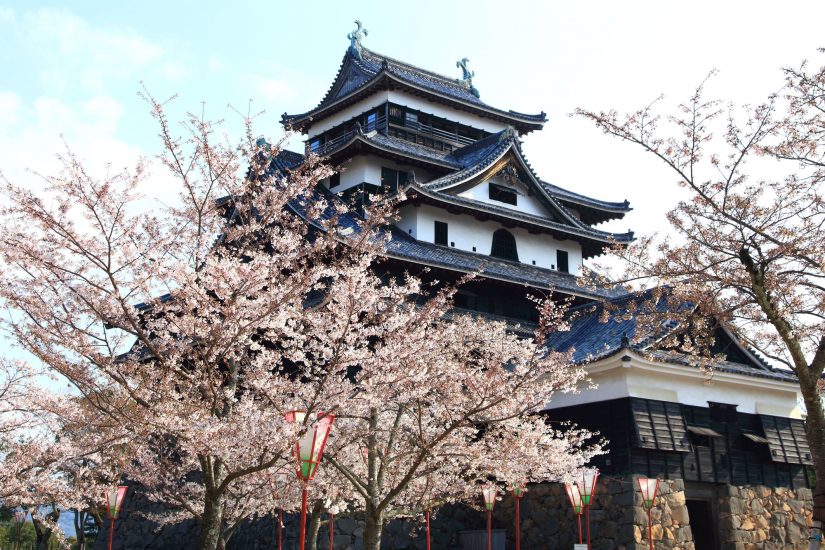 Shimane, just to the northeast of Yamaguchi prefecture along the Sea of Japan coast, is in many ways the spiritual heart of Japan. Mentions of it first appear in the foundational myths of Japan as the earthly domain of the kami Okuninushi, and where Susanoo, brother of the sun kami Amaterasu, defeated the massive eight-headed dragon Yamato-no-orochi.

Even now, it is home to Izumo-taisha Shrine, where every year all the gods and goddess of Japan congregate in the tenth month of the lunar calendar to discuss the coming year’s events, making it in many ways the most important shrine in Japan.

In addition to this place in Japan’s myth and history, Shimane is also filled with beautiful natural spots, beautiful old towns, and fascinating museums. It’s a wonderful place to experience a side of Japan that is found nowhere else.

The traditions of Shimane embrace not only the oldest myths of Japan, but those of steel and sword-making, art, and music as well.

This ancient shrine is older than anyone knows. It is first mentioned in records from the Nara period (around 940). Myths say that it was first given to the kami Okuninushi by Amaterasu for his gift of the province of Izumo (now Shimane) to Ninigi-no-Mikoto.

The current shrine is home to a number of national treasures, and the Kagura-den performance hall is decorated with the largest sacred rope, or shimenawa, in Japan. It hosts a number of festivals, including the important Rei Tai-sai on May 14th each year, which includes yabusame horseback archery, sacred dancing, and offerings from the Emperor himself.

A visit here is to step into a history going back well over a thousand years, to touch on traditions that are more essentially Japanese than perhaps any others.

Kagura is a form of traditional sacred music and dance depicting various legends and rites through performance. Iwami Kagura itself is particular to Shimane, and has evolved from an autumn rite to show heroic legends, including a dance of the battle between Susanoo and the dragon Orochi. Kagura can be seen at shrine festivals all over Japan, but Shimane’s Iwami Kagura is a real treat seen locally. The Shimane tourism site (https://www.kankou-shimane.com/en/?p=7963) has a current schedule of performances all over the prefecture.

Any fan of Japanese swords, the famed katana, must know about tamahagane. Tamahagane, or “jewel steel,” is the pure steel that is used for the cutting edge layers of these exquisite weapons, and the traditional method of making that steel is the tatara method.

Tatara steelmaking is a labor intensive process that required iron-bearing sand, traditionally found in the Okuizumo area, to be piled up in a huge clay furnace that is then fired and fed manually for 24 hours straight to create a large chunk of carbon steel. The best, purest section of that chunk is legendary tamahagane.

This steel and its manufacture is the subject of the Oku-izumo Tatara Museum (https://www.kankou-shimane.com/en/?p=1101). This museum holds models of the tatara, a display of authentic swords (including one you can hold to test the weight!) and a small workshop where you can see a demonstration of sword making by licensed katana makers of the Kobayashi family. Once a year, in November, a tatara furnace firing is also held here.

Shimane is not only a place of ancient history and myth, but also home to serene landscapes, quiet towns, and exceptional art.

This small town down near the Yamaguchi border is famous for its preserved white-walled old-town. Many of the buildings still look as they did during the days of the samurai, and the streets are lined with canals housing thousands of koi carp. The carp were originally brought in to serve as food in times of siege (Tsuwano was a major castle town), but now serve as quiet decoration for strolls through town.

There is also a large temple complex at the top of a mountain overlooking the town and a lift chair to take you even higher up for a spectacular view of the valley.

This gorge is near Izumo city, and is a valley strewn with enormous boulders weathered into mysterious shapes by the valley’s river. The area is still covered with pristine forest, but the gorge is lined with wooden walkways and trails, with bridges allowing hikers to cross over. It’s a beautiful place, and perfect for anyone looking to enjoy cool mountain breezes and rich green scenery.

Access can be difficult without a car, but there are a few buses from Izumo Yokota Station.

The Adachi Museum of Art and its garden, listed as the most beautiful Japanese garden in the country by The Journal of Japanese Gardening (Sukiya Living, USA), can be found in Yasugi city. This garden melds the background scenery of the mountains into its elegant design, and is simply stunning.

The museum itself has a three-star ranking in the Michelin Green Guide and the Guide Bleu Japon. The collections including both modern and contemporary Japanese painting, ceramics, and wood blocks, and is centered around a collection of the works of Yokoyama Taikan.

In Shimane, you can enjoy world-famous art, visit shrines and temples of mythic reputation, and touch the heart of the samurai. What a perfect place to experience the “real” Japan! 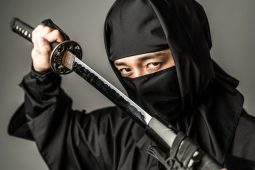 Jun 5, 2019—culture
Japan’s Ninja: separating the myth from the reality