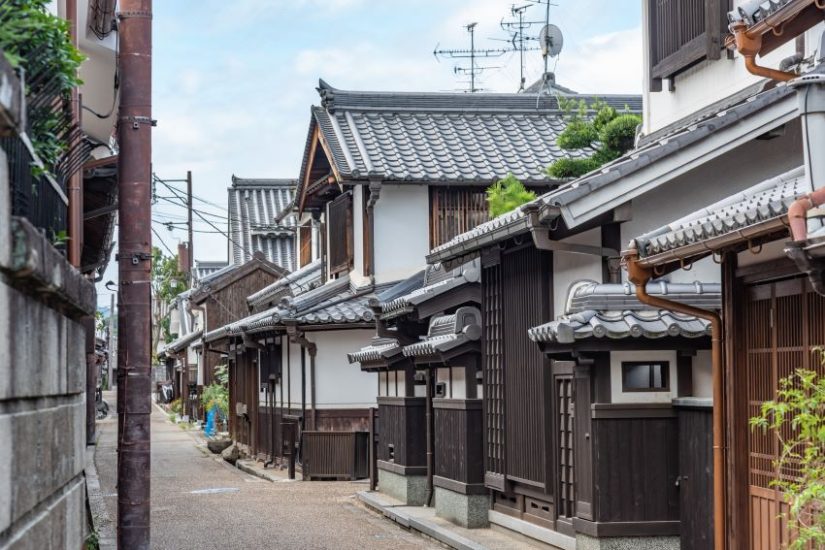 Step Back in Time to Visit Edo Japan

Japan has a reputation for high tech products and futuristic convenience, but much of the country has also maintained a historic flavor. You might not believe it as you walk through the glittering scene of Shinjuku, but it is not at all hard to find neighborhoods, and sometimes whole towns, that still look much like they did during the feudal Edo period (1603-1886).

Japan has a reputation for high tech products and futuristic convenience, but much of the country has also maintained a historic flavor. You might not believe it as you walk through the glittering scene of Shinjuku, but it is not at all hard to find neighborhoods, and sometimes whole towns, that still look much like they did during the feudal Edo period (1603-1886).

In addition to the usual castles and museums, you can often find old kominka style houses and buildings dating back over 200 years that are still in regular use. If you would like to see how people lived in the time of the samurai, here are a few places that can help do just that.

Sawara is an old district in Katori City that was once its own small city, and is sometimes known as koedo, or little Edo. In the feudal period it took advantage of the waterways flowing through to serve as a port for trading ships carrying foodstuffs from the countryside into the capital. Today those same willow-lined waterways carry tour boats to help visitors see the stately old wooden buildings from a more unusual perspective. The Edo-era buildings hold eateries and traditional craft shops, so it is a great one-stop spot for sightseeing, dining, and souvenir shopping!
Accessible by bus from Tokyo Station (about 90 minutes) or train from Narita (Narita Line to Sawara Station).

This rather unusual place is not simply a district or neighborhood preserved in its old-Edo glory, but a whole old town. It prospered as a center for trade and finance during the feudal eras, and so is filled with grand mansions and opulent estates. There are merchant residences open to the public for touring, and the tourist information office is housed in an incredible white-walled manor from the early Meiji period.

It is a wonderful little town to stroll through during a stopover from Nara, and is found a short walk from Unebi Station on the JR line from Nara.

This is another town that prospered from its waterways. This time, its river connects Okayama city to the Seto Inland Sea, so Kurashiki was once a stopover for longer-range shipping concerns carrying rice to distant destinations.

Kurashiki is now a popular domestic sightseeing destination, and its Bikan historical district is filled with houses and shops dating back centuries. Many now hold museums or are open to the public to show off the luxurious lifestyles of the merchants who prospered along with the town.

It is best to get to Kurashiki by train from Okayama Station (about 15 minutes) rather than using the Shinkansen, since the historical area is quite from the shinkansen, and only the slower Kodama trains stop there.

Towns with the -juku ending began as stopping points on long Kaido roads from the countryside to Tokyo, often called “post towns.” Ouchi-juku was on the Aizu-Nishi Kaido, and it (like any post town) was filled with shops, restaurants, and inns serving travelers along the road. The buildings that line the current main street have been left just as they were, with thatched roofs and white clay- and wooden-walls. The sight of these traditional buildings, which are often still in use as shops and restaurants, against the verdant Fukushima mountains truly makes you feel like you have truly stepped back in time a couple of centuries. There is also a temple found at the end of the main street. It requires a bit of a climb up stairs, but the panoramic view of the town from the top is worth it

It is a little off the beaten path since there is no station in town. The nearest station is Yunokami Onsen on the Aizu Railroad, and from there you will need to either rent a car, take a taxi, or catch one of the buses running from April to November.

There are many more places to find a taste of Edo Japan, all you have to do is poke around. Many towns have historic samurai quarters, or merchant houses, and they may hold museums, restaurants, or more. Japan’s history is every bit as beautiful and exciting as its present and future. Go take a look!