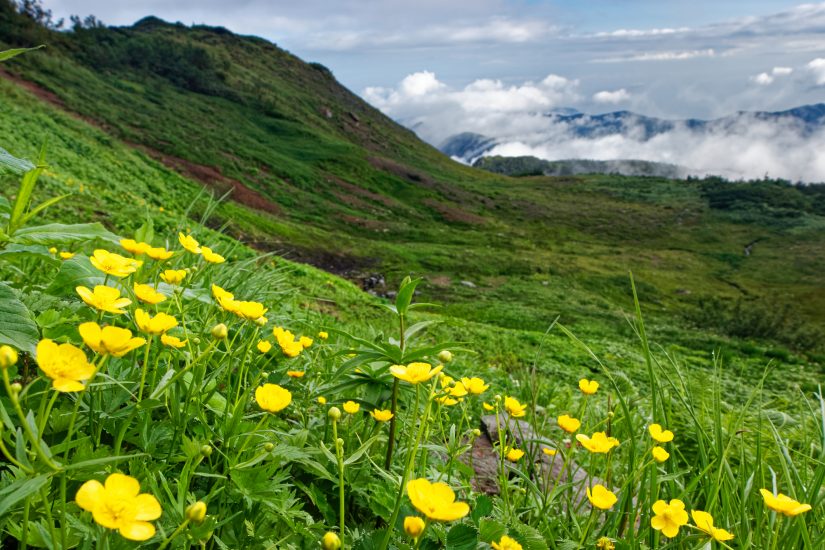 The Japanese countryside is full of hidden gems, something that's frustrated me since I was roughly twelve years old (I was a very strange child).

The Japanese countryside is full of hidden gems, something that’s frustrated me since I was roughly twelve years old (I was a very strange child).

Let me rephrase that.

The Japanese countryside is full of wonderful towns and small cities that could be doing a lot better if they ever bothered to tell anyone they should come over.

Luckily, I can fix a small part of that: I’ve lived in Itoigawa city for over fifteen years, and today, I’d like to recommend it to you as well. Whenever I have visitors planning on touring Japan, they usually get sidetracked for a full week seeing just the ins and outs of the city (believe me, it’s only technically a city; Itoigawa is a small place in population, just not in size), just because it has so many sights to see. That hasn’t gone without recognition, either; if it’s credentials you’re looking for, Itoigawa is one of Japan’s first UNESCO geoparks. In practice, that means that if you’re looking for something impressive involving history, nature or both, you’ve come to the right place.

If you’re not looking for either of those, don’t worry! There’s still a lot to enjoy here. I should probably head this off with a disclaimer, though: The further you get from a city, the harder it is to travel without knowing any Japanese. Because of its status, Itoigawa puts a bit more effort into that with its signage (I helped with this, though not as much as I’d like), but to be honest, if you don’t know any Japanese at all, this will probably still be challenging by yourself.

Itoigawa is off the beaten path, but not as much as you would expect. There are reasonably sized cities within an hour’s drive, and reaching it is two hours or so by car (assuming highway) or train from several nearby major cities, such as Kanazawa, Niigata or Toyama, the last two of which also have an airport. If you’re coming up from Tokyo it’s a long haul, though, whether by highway or train; let’s say five or six hours. Whether this seems like a massive distance or an afternoon well spent is mostly going to depend on what part of the world you’re from.

The real question, though, is what it actually has to offer. There’s a lot to cover, so I’m going to start at the coast and work my way inland.

Benten-Iwa (pictured; since this was in May, you can see the carp-shaped koinobori streamers traditional for this time of the year) and Oyashirazu are two of the easiest stops to make even if you’re just driving along the coast on your way to somewhere else. A product of the area’s fairly dramatic geological history (luckily much less so these days), these little islands sit a tiny way off the beach – did I mention the beaches? They’re nice and we have those too if you like – and Benten, in particular, can even be reached by way of a rather pretty bridge. Climb to the top, and you’ll find a little shrine, a lighthouse and a breathtaking view across the Sea of Japan. It’s probably also within swimming distance, but you would have to be a lot braver than I am, so why not stick to the bridge?

It makes a reprise during the area’s many summer festivals and fireworks displays, which there are really far too many of to count. These tend to collect around the sea, not least because the fireworks launches all happen over the water. Of these, my favourite is the Nou fireworks festival; the date varies a bit, but if you search for 能生ふるさと海上花火大会, you should be able to find the date without too much trouble. It’s a small town’s display, but it won’t feel like it, least of all with all the gimmick fireworks: Chains of fireworks streaming sparks from the bridge, fireworks thrown into the ocean (to burst out of the surface of the water) or exploding from the actual rock face of Benten, and more make this a night well worth attending.

Another of the typical big draws on the coast, assuming fireworks, festivals with their attendant taiko drum performances, beaches and islands haven’t caught your attention yet, is Marine Dream (or 道の駅マリンドリーム能生for searching purposes). It’s billed as a ‘roadside station’, a translation of a Japanese term that tends to mean a combination travel stop and a showcase of local specialities, but it’s a bit more than that. It’s a nice place to get all sorts of meals as long as you like seafood, and comes with a nice seaside park to walk around in (but I won’t defend the strange sculptures they put all over the place). There’s an old permanently docked boat to tour too, if you like that sort of thing.

As someone who actually lives here, I mostly know it as the place where I can get entire crates of freshly caught fish for pocket change. If you’re traveling, this won’t appeal as much, but it still has something for you as well! The local speciality happens to be benizuwai-gani, a type of fairly large crab. You’ll find it in every other seafood dish in the area, but if that’s not direct enough, many of the stores here offer an all-you-can-eat buffet of freshly boiled crab, in case you’ve ever wanted to sit down and eat a dozen crabs in one go. I can tell you that the offer’s completely worth it, but you do have to take the shell off yourself, which can take a bit of work; if that sounds like too much hassle, you’ll want to stick with the premade crab dishes.

This gets a little later in the year, usually August 24 or 25, but there’s also the ō-usu matsuri, or literally the ‘large mortar festival’ (which is why we don’t usually do literal translations), staged in Marine Dream – this one is much harder to track down online, so the best I can do is say that for 2019 they’re planning on August 24 from about noon (which surprised me, since it’s usually in october). There are processions, songs and dances, the local taiko drum band performing… and the giant mortar itself.

Japan’s festivals, like I discussed in previous articles, doesn’t really do anything by half-measures. When I say ‘make mochi’, I mean ninety kilos of rice (or just under 200 pounds if you prefer) are loaded into a mortar the size of an office building, and everyone present drags at gigantic ropes to raise the similarly enormous pestle, beating it into mochi (which is then shared out) over the course of about half an hour. You can see the one picture I have of it below, although the focus is more on the festival’s procession rather than the gigantic mortar in the back.

It’s the most ridiculous meal I’ve made in my entire life and something I think more people should see. The city has more to offer, though, so follow me to the next part, and we’ll step inland for a bit. 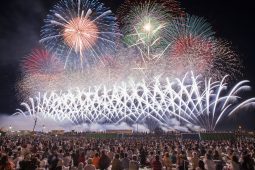